The deployment near the tiny islands known as the "Senkakus" in Japanese and the "Diaoyu" in Chinese could take place early next year, public broadcaster NHK reported on Monday. 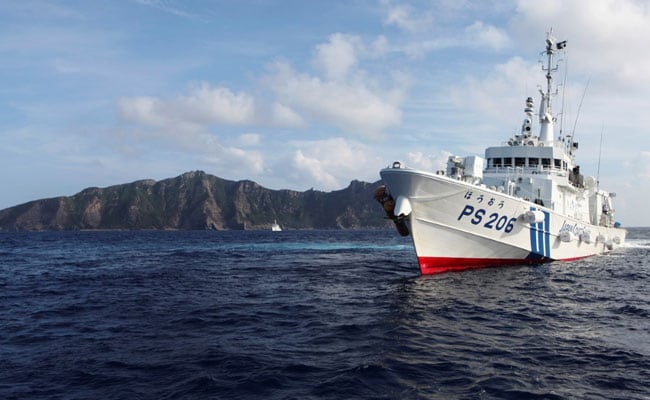 Japan Coast Guard vessel in front of Uotsuri island, one of the disputed islands. (Reuters)

Japan will launch a special police unit equipped with submachine guns and helicopters to patrol disputed isles in the East China Sea -- a source of tension between Tokyo and Beijing, according to police and media.

The deployment near the tiny islands known as the "Senkakus" in Japanese and the "Diaoyu" in Chinese could take place early next year, public broadcaster NHK reported on Monday.

The National Police Agency said it had put in a budget request for an additional 159 officers to head off "ilegal landings on remote islands by armed groups". NHK said it was the first time police had stepped up patrols near the disputed islands.

However, extra jets from the Japan Coastguard were deployed in 2018 to patrol the islands, where a Chinese nuclear-powered submarine was spotted earlier last year.

The uninhabited islets are at the centre of a festering row between Tokyo and Beijing, which is also involved in a widening dispute with several Southeast Asian countries over islands in the South China Sea.

The Japanese government has long complained about China's routine dispatch of coastguard ships to waters surrounding the islands.

Relations between Japan and China deteriorated in 2012 when Tokyo "nationalised" some of the islets.

(Except for the headline, this story has not been edited by NDTV staff and is published from a syndicated feed.)
Comments
Japandisputed islesspecial police unit