Relations between Japan and South Korea, both U.S. allies, have amid an intensifying row over their wartime history. 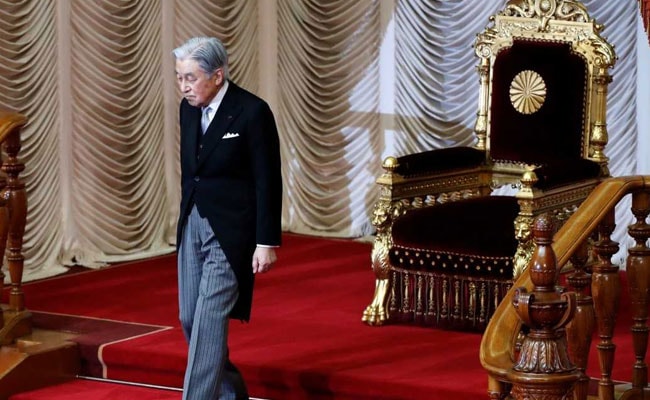 Japan said on Tuesday it had lodged a complaint with South Korea and after a Korean lawmaker said the Japanese emperor should apologise to "comfort women" forced to serve in Japanese military brothels in World War Two.

Relations between Japan and South Korea, both U.S. allies, have amid an intensifying row over their wartime history. That includes Japan's 1910-45 occupation of the Korean peninsula and its use of comfort women, many of them Korean.

South Korea's National Assembly Speaker Moon Hee-sang said in an interview with Bloomberg last week Japanese Emperor Akihito, "as the son of the main culprit of war crimes", should apologise to the women before he steps down at the end of April.

That would be a sign that Tokyo wanted to end the prolonged dispute, Moon said.

"We strongly protested as his remarks have absolutely inappropriate content and are extremely regrettable," Suga said. "At the same time, we demanded an apology and withdrawal of his remarks."

South Korea's Foreign Ministry said on Tuesday that Moon was highlighting the need for Tokyo to show a "sincere attitude" to heal wounds.

South Korea reached a settlement with Japan to resolve the dispute in 2015, in which Japan apologised to victims and provided 1 billion yen ($9 million) to a fund to help them.

But some victims refused to take the money, saying the apology was not sincere, and Seoul's current administration said in 2017 that the deal was flawed.

South Korea also complained after a Japanese patrol aircraft made what Seoul described as an "intimidating" pass over one of its warships last month, adding to the tension between the two sides.