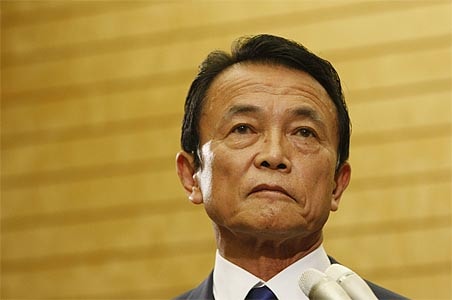 Aso, who is also Japan's finance minister, agreed with Chinese Vice-Premier Zhang Gaoli to strengthen "relations of trust," between their nations, the Kyodo news agency reported.

Prior to that, high-level exchanges were suspended for two years amid a row over disputed islands.

Aso is a former prime minister and remains a heavyweight in the ruling Liberal Democratic Party, which has taken a more nationalist tone under Abe.

Xi struck a friendly tone on relations when addressing a Japanese delegation in Beijing last month, but warned against "distorting" history.

China is preparing a massive military parade in September to mark the 70th anniversary of Japan's World War II defeat, also declaring it a public holiday.