Pavadia polled 44 votes on Tuesday in the first round of voting in the 54-member Council facing a field of 15 candidates for the five seats up for election this year ensuring her continuance on the board. 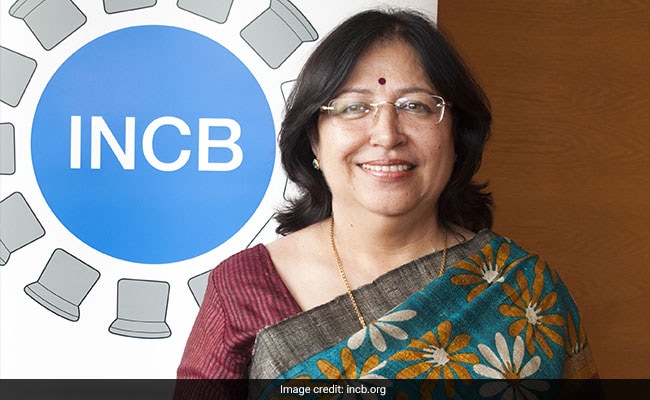 Jagjit Pavadia was elected to the INCB in 2014 for her first five-year term.

Jagjit Pavadia has been re-elected with the highest number of votes by the UN Economic and Social Council to a five-year term on International Narcotics Control Board (INCB), while China's candidate lost.

Ms Pavadia polled 44 votes on Tuesday in the first round of voting in the 54-member Council facing a field of 15 candidates for the five seats up for election this year ensuring her continuance on the board.

The defeat of China's Hao Wei in his bid for re-election bid was glaring because of Beijing's strong campaign backed by its Yuan diplomacy across the developing countries. He got only 22 votes in the first round and 19 in the second. A minimum of 28 votes were required for election.

Only two other candidates, Jallal Toufiq of Morocco and Cesar Tomas Arce Rivas of Paraguay received more than the minimum votes needed for election in the first round and Bernard Leroy of France and Viviana Manrique Zuluaga of Colombia were elected in the next round.

They will begin their term on March 2, next year.

The next big election where India is fielding a candidate is for the Food and Agriculture Organisation. Ramesh Chand, a member of the NITI Aayog, will face four other candidates at the FAO Conference in Rome next month to succeed Jose Graziano da Silva.

India's UN Mission, which is lobbying in New York among the member countries to for his election, recently hosted a luncheon here in his honour.

A member of the Indian Revenue Service, Ms Pavadia is a former Narcotics Commissioner of India.

She was elected to the INCB in 2014 for her first five-year term.

She was the First Vice-President of the Board in 2016 and Chair of the Standing Committee on Estimates in 2015 and 2017.

The Vienna-headquartered INCB has quasi-judicial powers to monitor the implementation of the UN's international drug control conventions.

The INCB, while ensuring that adequate supplies of narcotics are available for medical and scientific purposes while combating their diversion as well as the illicit drugs manufacture and trafficking.

European Union Calls For "Impartial" Review Of WHO's Pandemic Response