Knowledge A "Treasure" For Italy's Oldest Student Who Graduated At 96

Giuseppe Paterno confessed to a little unease with the video calls that replaced classroom teaching during the coronavirus shutdown, but said he was not put off by the disease itself after the war and everything else he had been through. 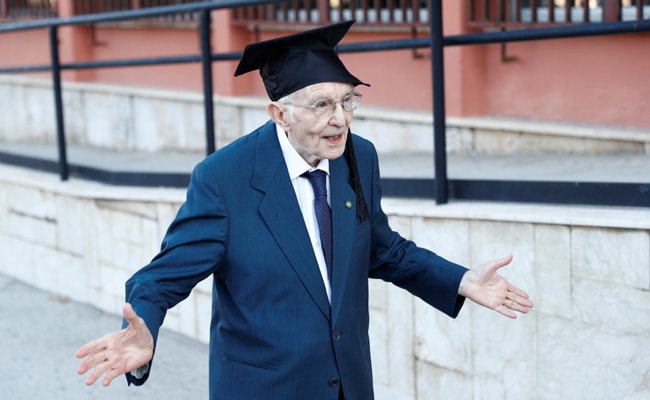 At 96, Giuseppe Paterno has faced many tests in life - childhood poverty, war and, more recently, the coronavirus pandemic. Now he has sailed through an exam that makes him Italy's oldest university graduate.

This week, the former railway worker stepped forward to receive his diploma and the traditional laurel wreath awarded to Italian students when they graduate, applauded by his family, teachers and fellow students more than 70 years his junior.

"I am a normal person, like many others," he said, when asked what it felt like to be graduating so late. "In terms of age I have surpassed all the others but I didn't do it for this."

Already in his 90s when he enrolled for a degree in History and Philosophy at the University of Palermo, Paterno grew up loving books, but he never had the chance to study.

"I said, 'that's it, now or never,' and so in 2017, I decided to enrol," he told Reuters in his apartment in the Sicilian city of Palermo, which he rarely leaves nowadays due to his frailty.

"I understood that it was a little late to get a three-year degree but I said to myself 'let's see if I can do it'."

On Wednesday, he graduated first in his class with top honours, receiving congratulations from the university chancellor Fabrizio Micari.

Growing up in a poor family in Sicily in the years before the Great Depression, Paterno received only basic schooling as a child. He joined the navy and served during World War Two before going on to work in the railways as he married and brought up two children.

In a society focused on rebuilding after the war, work and family were the priorities, but Paterno wanted to learn and graduated from high school at the age of 31, always harbouring a desire to go further.

"Knowledge is like a suitcase that I carry with me, it is a treasure," he said. 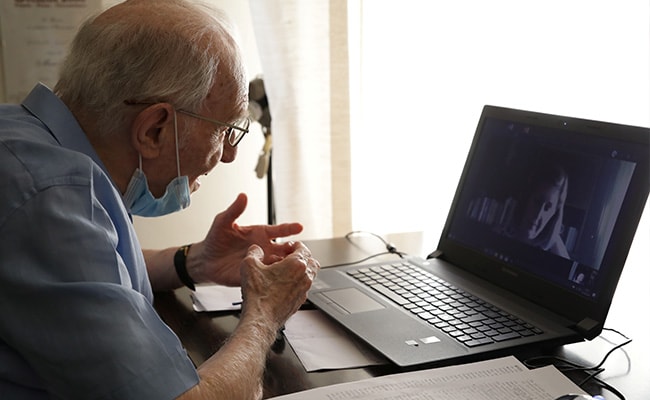 As a student, he tapped out his essays on the manual typewriter his mother gave him when he retired from the railways in 1984. He eschewed Google in favour of printed books and was not tempted by the late-night student parties of his 20-year-old classmates, who applauded him warmly at the graduation ceremony.

"You are an example for younger students," his Sociology professor, Francesca Rizzuto, told him after he passed his final oral examination in June.

Paterno confessed to a little unease with the video calls that replaced classroom teaching during the coronavirus shutdown, but said he was not put off by the disease itself after the war and everything else he had been through.

"All of that strengthened us, all of my peer group, all of those who are still alive," he said. "It didn't really scare us that much."

As for what he planned to do next, he said he was not about to stop now he had graduated.

"My project for the future is to devote myself to writing; I want to revisit all the texts I didn't have a chance to explore further. This is my goal."