Israel's Foreign Minister Yair Lapid is set to inaugurate Israel's embassy in Abu Dhabi and its consulate in Dubai, as well as sign an agreement on economic cooperation, Israeli foreign ministry spokesman said. 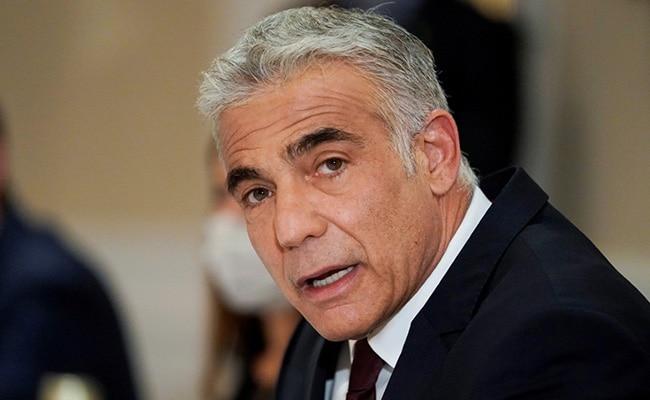 Israel's top diplomat Yair Lapid arrived in the United Arab Emirates on Tuesday on the first ever official visit by an Israeli minister, after the two nations normalised ties in September.

Lapid landed at Abu Dhabi airport shortly after tweeting a picture of himself in a plane, with the caption: "Taking off for a historic visit to the UAE."

Israeli ministers have previously visited the United Arab Emirates, but newly appointed Lapid is the most senior Israeli to make the trip, and the first to travel on an official mission.

The head of mission at the Jewish state's embassy to the UAE tweeted "30 years as a diplomat, but to see the blue and white (Israeli colours) here at the Abu Dhabi airport, whilst waiting for the minister of foreign affairs to land -- is exciting!"

Since their US-brokered normalisation agreement was announced in August last year, Israel and the UAE have signed a raft of deals ranging from tourism to aviation and financial services.

During his visit, Lapid will inaugurate the Israeli embassy in Abu Dhabi as well as a consulate in Dubai.

"The Israeli delegation will land late morning at Abu Dhabi, and will be received by the minister of economic affairs at the foreign ministry," Israel's foreign ministry said in a statement.

Lapid's trip comes nearly a year after the nations moved to normalise ties, and follows a string of visits by Israeli officials that were planned then cancelled over issues including the Covid pandemic and diplomatic scuffles.

In March, a planned official visit by Israel's then-prime minister Benjamin Netanyahu was cancelled due to a "dispute" with Jordan over the use of its airspace, according to Israeli officials.

Netanyahu, replaced as prime minister by Jewish nationalist Naftali Bennett in a coalition government cobbled together by Lapid, had already postponed a February visit to the UAE and Bahrain over coronavirus travel restrictions.

According to the Jerusalem Post daily, Netanyahu sought prevent his foreign minister Gabi Ashkenazi from making an official visit to the UAE, to keep him from stealing the spotlight ahead of March elections.

That was feted by both sides as a breakthrough in efforts for peace in the Middle East, marked by the El Al jet touching down adorned with the word "peace" in English, Arabic and Hebrew.

The normalisation accords between Israel and the UAE, as well as Bahrain, Morocco and Sudan, have been condemned by the Palestinians.

They break with years of Arab League policy which has held that there should be no relations with Israel until it makes peace with the Palestinians.

In October 2018 Netanyahu visited the UAE's Gulf neighbour Oman along with his wife in a bid to restart the stalled Israeli-Palestinian peace process.

Lapid is a centrist former television presenter who tenaciously hammered together Israel's new coalition, ending Netanyahu's more than a decade as prime minister.

He has sought to break from his rival's policies, saying on Monday that Netanyahu's government had taken "a terrible gamble" by focussing only on ties with Republicans in Washington.