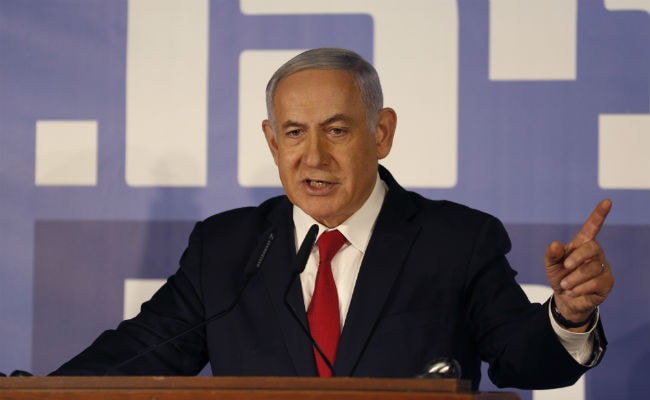 Benjamin Netanyahu has sought to portray himself as Israel's essential statesman. (File)

Prime Minister Benjamin Netanyahu was projected to win a fifth term in office on Wednesday, after nearly complete results from Israel's general election put him in position to form a rightwing coalition, media reports said.

With 96 percent of the vote counted, results showed Netanyahu's Likud and other rightwing parties allied to him with between 65 and 67 seats in the 120-seat parliament following Tuesday's election.