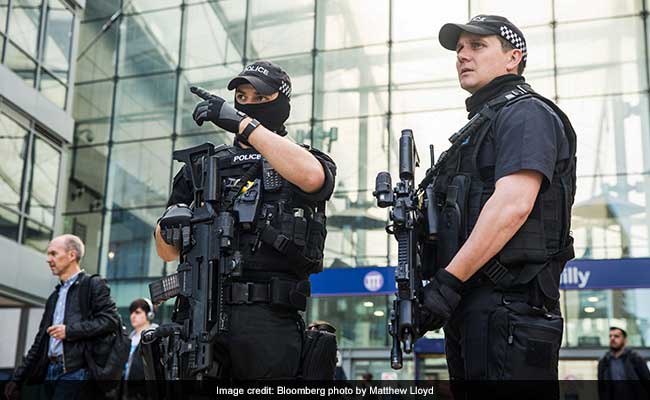 Manchester: The Islamic State claimed Tuesday one of its "soldiers" carried out a deadly blast in Manchester that killed at least 22 people, including teenagers and others streaming out of a pop concert.

The Islamic State statement did not give any details about the attacker or how the blast was carried out late Monday. The statement was posted on the online messaging service Telegram and later noted by the SITE Intelligence Group, which monitors militant websites.


"This attack stands out for its appalling, sickening cowardice deliberately targeting innocent defenseless children and young people who should have been enjoying one of the most memorable nights of their lives," she said, speaking outside of Downing Street, where flags are flying at half mast.

She called it among the worst terrorist incidents in Britain and "the worst ever to hit the north of England."

Authorities believe they know the identity of the assailant, she added, "but at this stage of their investigations, we cannot confirm his name."

In a statement, the Greater Manchester Police said that they arrested a 23-year-old man in south Manchester in connection with the attack as hundreds of police swarmed through the city in the aftermath of the blast.

Authorities are trying to determine if the suicide bomber acted alone or was part of a larger network. No one has yet claimed responsibility for the attack, which injured 59 others.

"We believe at this stage the attack last night was conducted by one man," said Greater Manchester Police Chief Constable Ian Hopkins at a televised news conference. "We believe the attacker was carrying an improvised explosive device, which he detonated, causing this atrocity."

Messages of support poured in from around the world, including from President Trump.

"We stand in absolute solidarity with the people of the United Kingdom," he said at a news conference in Bethlehem, and called those responsible "evil losers in life." 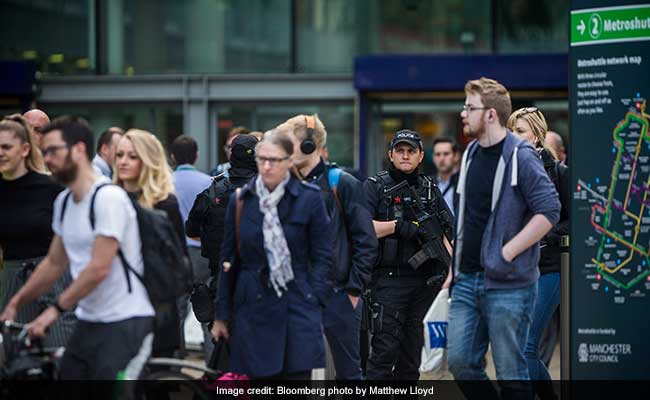 The ISIS statement did not give any details about the attacker or how the blast was carried out.

The explosion set off a panicked reaction as fans struggled to flee and parents and teens searched for one another amid the carnage. Well into Tuesday morning, fathers and mothers who had lost contact with their children posted desperate pleas for information on social media using the hashtag #ManchesterMissing.

Charlotte Campbell told the BBC on Tuesday morning that she's "phoning everybody," including hospitals and centers trying to locate her 15-year-old daughter Olivia. She last spoke to her daughter on Monday night at the concert.

"She'd just seen the support act and said she was having an amazing time, and thanking me for letting her go," she said in an emotional interview.

He said that Manchester is "grieving today, but we are strong."

It is the worst terrorist strike on British soil since 2005, when Islamist extremists bombed the London subway and a bus, killing 54 people . 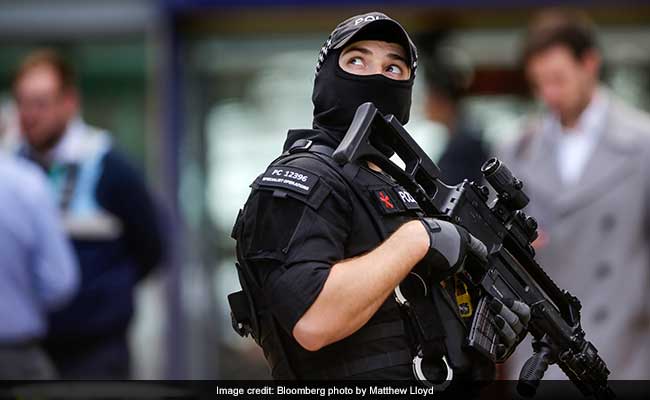 The police said that they have arrested a 23-year-old man in connection with the attack.

The U.S. Department of Homeland Security said late Monday that there was "no information to indicate a specific credible threat involving music venues in the United States," but added that Americans may see "increased security in and around public places and events as officials take additional precautions."

In France, the scene of several terrorist attacks over the past year, French Prime Minister Edouard Philippe called on people to be vigilant in the face of "a threat which is more present than ever before."

Cellphone video showed chaotic scenes of people screaming and running in the aftermath of the blast. Concertgoers said that they saw nuts and bolts littering the ground near the blast scene and that the smell of explosives hung in the air.

The local hospital, Wythenshawe, said it was dealing with "mass casualties." Eight other hospitals across the region were activated to treat the injured, and emergency supplies of blood were rushed in.

Fans of Grande had come from across northern England to see the concert. On Twitter, people offered a place to stay for those stranded in the city, using the hashtag #RoomForManchester.

The arena is one of the largest indoor venues in Europe and has a capacity of 21,000. The attack took place near one of the exits of the facility, in a public space.

Jake Taylor, a former security guard at the arena, said its layout makes absolute safety impossible, as it is housed in the bustling Victoria train station.

"You can't stop people from getting through the train station," said Taylor, 26.

Mark Harrison, who accompanied his 12-year-old daughter to the concert from Cumbria in northern England, said there weren't metal detectors or body checks at the arena's entrance, though bags were inspected and items such as water bottles had to be discarded.

"There was definitely a security presence, but anyone can come through the train station," said Harrison, 44.

The concert hall became the scene of extreme carnage after multiple gunmen burst in during a show by the American rock band Eagles of Death Metal and began shooting. The attack - for which the Islamic State later asserted responsibility - killed 89 people and injured hundreds more, becoming the deadliest event on French soil since World War II.

Britain has had fewer terrorist attacks in recent years than several of its European neighbors. Monday night's blast came two months after a speeding driver left four people dead on London's Westminster Bridge, then stabbed to death a police officer at the gates of Parliament.

Monday's blast comes with just over two weeks to go before Britain holds a national election. Campaigning was suspended Tuesday, and perhaps beyond. Security has not featured as a prominent part of the debate, although that may change when campaigning resumes.

(Adam reported from London. The Washington Post's Isaac Stanley-Becker in Manchester contributed to this report.)

(This story has not been edited by NDTV staff and is auto-generated from a syndicated feed.)
Comments
Manchester blastAriana Grance concert blastIslamic StateISIS Manchester concert blast