Is The Red Stiletto Emoji Sexist? Here's The Backstory Of The New Women's Shoe Icon.

The flat shoe emoji, along with other new ones such as curly hair, peacock and saltshaker, will be available on platforms later this year 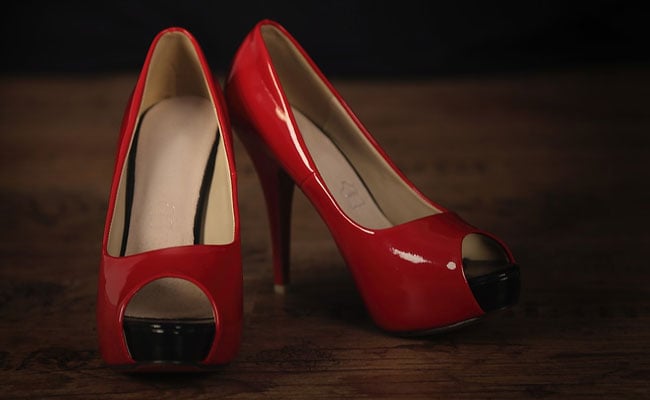 When a woman typed the word "shoe-in" into her phone, an emoji of a red stiletto appeared

It was a few months after the 2016 election that Florie Hutchinson had what she calls her "emoji moment."

She had gone into labor with her third daughter on election night expecting to celebrate the first female president, then emerged the next morning to a different reality. Though she didn't participate in the women's marches sweeping across the country a couple of months later, she watched them with interest, and something began to percolate inside her.

Suddenly, it seemed that everywhere she looked, she saw sexism. A book her preschool daughters liked, "Polite as a Princess," didn't have a "Polite as a Prince" companion volume. Of the 20 or so baby carriers available at her local store, all but one (from Norway) pictured a woman, not a man, toting the baby.

A museum and gallery publicist who lives in Palo Alto, California, 37-year-old Hutchinson is not, as she puts it, "the marching, bra-burning, take-to-the-streets of the 1970s feminist." But there were other ways to protest. She started posting images of inequality on Instagram, with comments such as "apparently only Norwegian dads carry babies." Then one night, as she typed the word "shoe-in" into her phone, an emoji of a shoe automatically popped up.

It was a red stiletto.

"I just kind of stared at it in total disbelief," she said. Not a big emoji user, she tapped onto the other icons to see what kinds of footwear existed, and her heart sank. "I realized that all three women's shoes had high heels."

It felt wrong to let that stand. She decided two myths needed bashing - "One: that here in the crucible of technology that technology is totally immune to gender bias," she said. "There's a sense that binary numbers and coding is bias-free, but coders are human, and their biases go into technology." The other myth was that all women wear high heels.

It turns out that adding an emoji to the list of those available is a pretty democratic process. Hutchinson contacted Jennifer 8. Lee, a former New York Times reporter who is now a vice chair of a group that makes emoji recommendations to a committee of the Unicode Consortium, the nonprofit that approves new emoji once a year for companies such as Apple or Google to add to the lexicon of characters.

Lee (who is also known for proposing the dumpling emoji adopted last year) advised Hutchinson that the deadline was coming up, so Hutchinson wrote a proposal presenting a case as to why a ballet flat would be a good addition to the 2,600-odd emoji already in use. 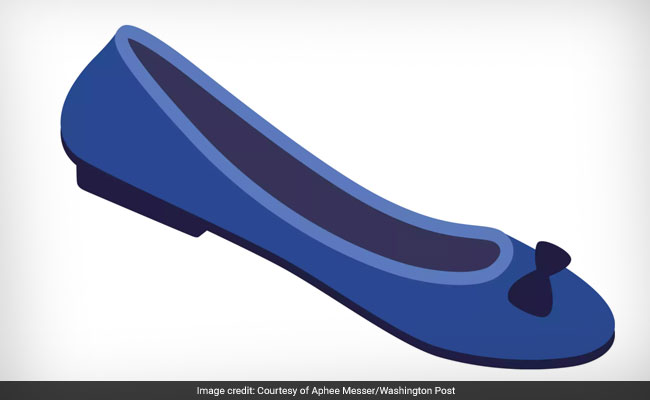 Along with the shoe's 500-year history, she emphasized its ubiquity. "Unlike the high-heeled SHOE (which was introduced by royalty and used as an external sign of class and wealth, 'well-heeled') or the stiletto SHOE (an opulent and thin heeled version most often associated with fetishism and seduction and made popular in the 50s during the era of Mad Men, and most recently by Sex in the City), the dolly SHOE is perennial, democratic, inclusionary and non-ageist," she wrote in her proposal.

Working with graphic artist Aphee Messer, who has designed other emoji (including hijab, mosquito, lotus position, cupcake and receipt), Hutchinson came up with a blue ballet flat with a small bow near the toe. She submitted it in July and mentioned it to no one, not even her husband.

In August, she learned that her proposal had been shortlisted. In the fall, the #MeToo movement hit, and suddenly the flat shoe seemed like a good idea to everyone. National magazines, radio commentators, fashion critics and Ellen DeGeneres were talking about Hutchinson's crusade. "It just got the wind of all these women behind it," she said.

This month, the list of 157 new emoji was revealed. Her ballet flat, green now and sans bow, was one of them.

Even in the absence of the #MeToo movement, Hutchinson's idea would have had merit, said Greg Welch, vice president of the Unicode Consortium. "It was a well-structured, thoughtfully presented proposal supported by good data."

That said, he couldn't rule out that those voting on the proposal had been swayed by the zeitgeist. "These are people . . . who are generally well-read, participating members of society, so to what degree that colored their thinking, I can't imagine that it didn't." In the past, he said, "we never took a look at how limited the representation of shoes is."

Hutchinson, too, could have easily let it go. "It's so easy to just notice things and just move on with your life, especially as a working mom," she said. But she thought of her girls, 6, 4 and 1, and how saturated their world is with emoji - whether it be kids' clothes, birthday party themes, children's literature or billboards along the highway to San Francisco. "I'm so desperate to raise girls who advocate for themselves and effect change and don't wait around for someone else to come fix it. So it was a very achievable and tiny battle."

Hutchinson continues to document sexist imagery on Instagram. Recently at a golf store, she noticed the male mannequins were striking athletic poses while the female ones were standing with their hands on their hips; she posted a picture and comment. She also does so whenever she spots a high heel being depicted in a way she thinks refers too broadly to all women.

"I can't really let those things slip anymore," she said. "Now when I see it, I have to just call it out."

The flat shoe emoji, along with other new ones such as curly hair, peacock and saltshaker, will be available on platforms later this year. In the meantime, Hutchinson has her eyes on the future. She is not thrilled with the array of women's apparel emoji, which include a '50s-style dress, a pink shirt with a plunging neckline and a polka-dot bikini.

Promoted
Listen to the latest songs, only on JioSaavn.com
"There isn't a one-piece swimsuit, which I'm going to try to fix," she said.

(This story has not been edited by NDTV staff and is auto-generated from a syndicated feed.)
Comments
red stilettoemoji