Is Saudi Prince Hiding A Leonardo Da Vinci Masterpiece On His Yacht? 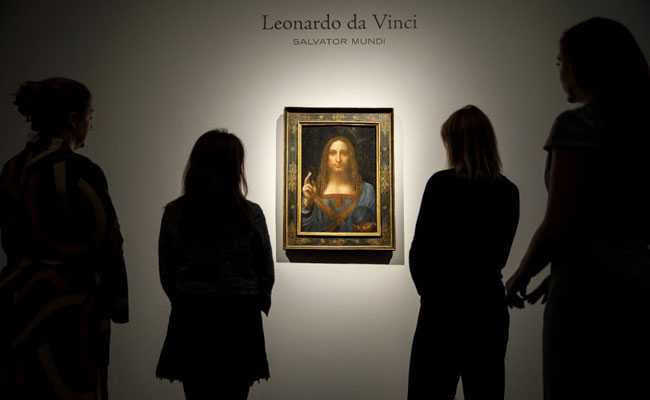 When the world-famous "Salvator Mundi" painting was sold to an anonymous bidder for about $450 million at the end of 2017, the art world erupted in speculation. Who was the buyer? And what did the sale mean for future generations of art enthusiasts seeking to see it?

Soon, there were reassurances that the painting - which has been attributed to Leonardo da Vinci despite some expert skepticism - would soon be displayed in the Louvre Abu Dhabi, which was inaugurated the same month as the painting was sold.

But until today, the famous painting of Jesus never appears to have made it there. An official unveiling date was postponed last year, but a new date was never set. Rumors over its whereabouts mounted and many of them soon involved Saudi Crown Prince Mohammed bin Salman. One of his close allies was believed to have been behind the 2017 purchase, the New York Times reported that year.

Now, an art market website, Artnet, claims to have located the missing painting on the private superyacht Serene, which was reportedly bought by the Saudi crown prince too.

If confirmed, the Artnet report that cites several unnamed sources would suggest that the painting is indeed in Saudi possession and that suspicions that "Salvator Mundi" might not make it to the Louvre Abu Dhabi are correct.

Representatives for the Louvre in Paris and the Saudi Center for International Communication did not immediately respond to a request for comment Tuesday.

The world-famous painting's absence at the Abu Dhabi Louvre cast a shadow over the ambitious museum project, which in 2017 represented the first overseas expansion of the venerable French art institution. The agreement to allow a museum in the United Arab Emirates (UAE) to use the Louvre's world-renowned name was controversial from the beginning, and the more recent controversy over "Salvator Mundi" has emboldened early critics.

Human Rights Watch said in 2015 that the UAE project had been mired in migrant labor scandals. Some employers, the human rights group said at the time, "continue to withhold wages and benefits from workers, fail to reimburse recruiting fees, confiscate worker passports and house workers in substandard accommodations."

But "Salvator Mundi's" reportedly new owner - Saudi Crown Prince Mohammed bin Salman - has faced even fiercer criticism from human rights groups. In the United States, pressure has mounted to cut Washington's security alliance with the kingdom over the crown prince's controversial military intervention in Yemen and the CIA's conclusion that he most likely ordered the killing of Washington Post columnist Jamal Khashoggi last year.

Until that cultural hub is finished, Artnet reported, the "Salvator Mundi" will remain on board the crown prince's superyacht.