Iraqis Launch Offensive Against Islamic State Near Anbar Military Base 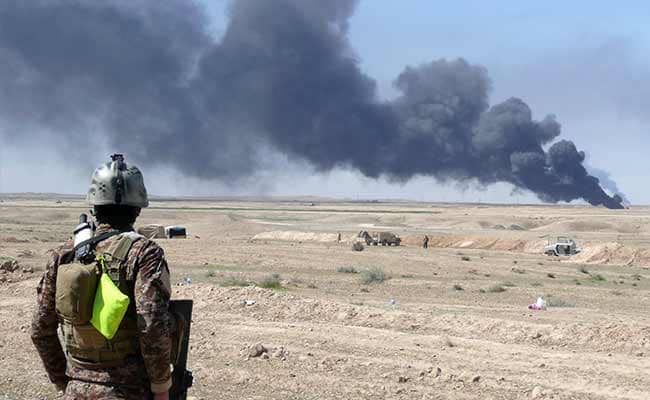 BAGHDAD: Iraqi security forces and Sunni tribal fighters launched an offensive to dislodge Islamic State militants near the western outpost of Haditha in a bid to secure a key supply route to an important military base, police and tribal sources said.

Haditha and its nearby dam are in one of the few parts of the Sunni Muslim province of Anbar still under the control of Iraq's Shi'ite-led government forces, which were driven out of the provincial capital Ramadi in May. The offensive started with army and police forces backed by Sunni tribal fighters attacking the Albu Hayat area, 20 km (12 miles) southeast of Haditha. Militants have used the area to strike the supply route to the Ain al-Asad military base where US Marines are training Iraqi troops.

"We are attacking Daesh from three directions and we will not retreat until retaking Albu Hayat to secure not only Haditha but the supply route to the army base", said Sunni tribal leader Khalid Mijbil al-Nimrawi, using a pejorative term for Islamic State.

Clashes were ongoing, the sources said, with advancing troops facing heavy fire from the radical Sunni militants who seized large swaths of the country's north and west last year.

Separately, at least six soldiers and policemen were killed in a suicide attack at a checkpoint in the central town of Tarmiya, police and medical sources said.

Fourteen others were wounded in the blast about 25 km (15 miles) north of the capital Baghdadwhen the bomber detonated his vehicle packed with explosives.
© Thomson Reuters 2015