The letter's English and Arabic language versions were not identical so Iraq had requested clarifications from Washington, Abdul Mahdi told a televised cabinet meeting. 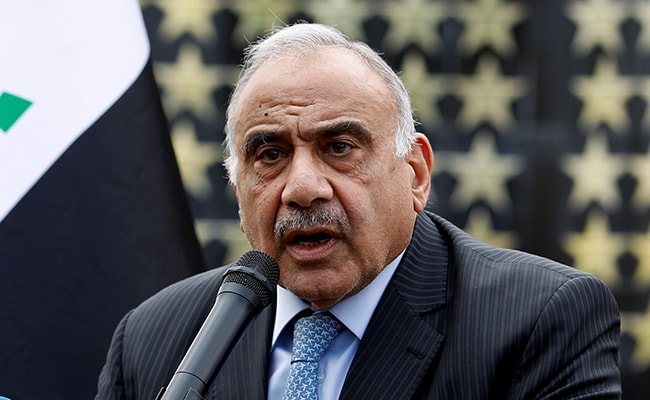 Abdul Mahdi said if this letter was indeed a draft as US officials say, then Washington should clarify

The Iraqi military joint operations command has received a letter from the U.S. army concerning a possible withdrawal of its troops from the country, Prime Minister Adel Abdul Mahdi said on Tuesday.

The letter's English and Arabic language versions were not identical so Iraq had requested clarifications from Washington, Abdul Mahdi told a televised cabinet meeting.

He spoke two days after Iraqi lawmakers, with his support, voted for a resolution demanding a removal of all foreign forces from Iraq following the killing of Iranian military commander Qassem Soleimani in a U.S. drone strike at Baghdad airport. His death has raised fears of a broader regional war.

U.S. Army General Mark Milley, chairman of the Joint Chiefs of Staff, said on Monday that a leaked letter from the U.S. military to Iraq that created impressions of an imminent U.S. withdrawal was a poorly worded draft document meant only to underscore an increased movement of forces.

Abdul Mahdi said if this letter was indeed a draft as U.S. officials say, then Washington should send another letter to clarify the situation.

Defense Secretary Mark Esper said on Monday that the United States had no plans to pull its troops out of Iraq following reports by Reuters and other media of an American military letter informing Iraqi officials about repositioning troops in preparation for leaving the country.

Foreign forces have been in Iraq mainly as part of a U.S.-led coalition that has trained and backed up Iraqi security forces against the threat of ISIS terrorists.

(Except for the headline, this story has not been edited by NDTV staff and is published from a syndicated feed.)
Comments
IraqUS Troops IraqAdel Abdul Mahdi