During the funeral procession of Iran military commander Qasem Soleimani, it was said on official state broadcasting channels that $1 would be tabled for every Iranian, with the cash going to whoever kills the US President, the report said. 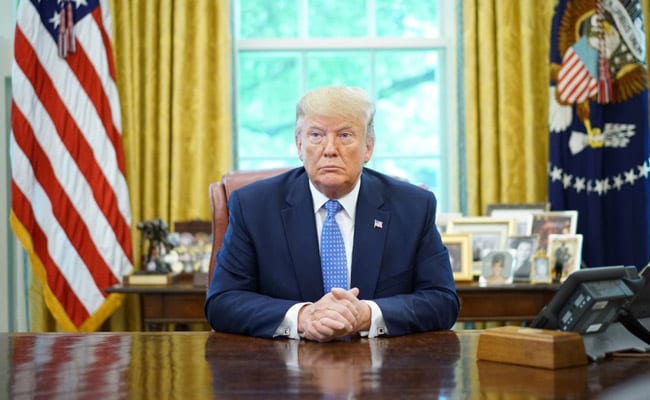 The January 3 US drone attack was ordered by Donald Trump which killed Qasem Soleimani. (File)

An $80 million bounty has been placed on US President Donald Trump's head after General Qasem Soleimani was killed in US airstrikes last week, according to reports.

During the televised funeral procession of the top Iranian military commander, it was said on official state broadcasting channels on Sunday that $1 would be tabled for every Iranian in the country, with the cash going to whoever kills the US President, mirror.co.uk said in the report.

"Iran has 80 million inhabitants. Based on the Iranian population, we want to raise $80 million which is a reward for those who get close to the head of President Trump," it was announced.

The attack has led to widespread condemnation in Iran. Supreme Leader Ayatollah Ali Khamenei and President Hassan Rouhani vowed revenge on the US.

"We can attack the White House itself, we can respond to them on the American soil," mirror.co.uk quoted Mr Aboutorabi as saying.

"We have the power... We will respond in an appropriate time," he said, adding: "This is a declaration of war, which means if you hesitate you lose."

During an open session of the Iranian Parliament on Sunday afternoon, US President Trump was called a "terrorist in a suit" after he threatened to hit 52 Iranian sites hard if Tehran attacks Americans or US assets.