Iran Rules Out Talks Unless US Changes "General Behaviour"

"The change of the general behaviour and actions of the United States of America regarding the Iranian nation is the criterion" required for any talks to take place, said foreign ministry spokesman Abbas Mousavi. 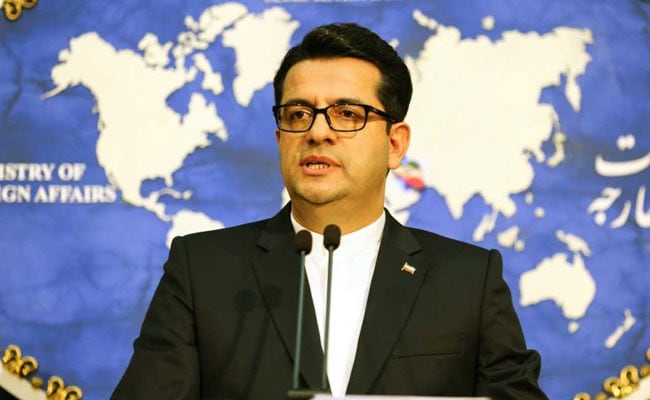 Tehran on Sunday ruled out talks with Washington unless it changes its "general behaviour", after US Secretary of State Mike Pompeo said his country was ready for negotiations with Iran.

"The change of the general behaviour and actions of the United States of America regarding the Iranian nation is the criterion" required for any talks to take place, said foreign ministry spokesman Abbas Mousavi.

"The Islamic Republic of Iran ignores word games and the use of new language to express secret aims," said Mousavi.

"Mr. Pompeo's emphasis on maintaining maximum pressure on Iran reflects the continuation of the same faulty behaviour that must be corrected," the spokesman said, quoted in a ministry statement.

Pompeo, who is considered a hawk on Iranian issues, appeared to soften the US stance somewhat on Sunday following weeks of escalating tensions with Tehran.

"We are prepared to engage in a conversation with no preconditions," Pompeo said in Switzerland, which in the absence of US-Iranian diplomatic ties represents Washington's interests in the Islamic republic.

"We are ready to sit down with them," he said.

But Pompeo appeared to immediately back-pedal on the offer of conditions-free talks, stating that Washington was "certainly prepared to have (a) conversation when the Iranians will prove they are behaving as a normal nation."