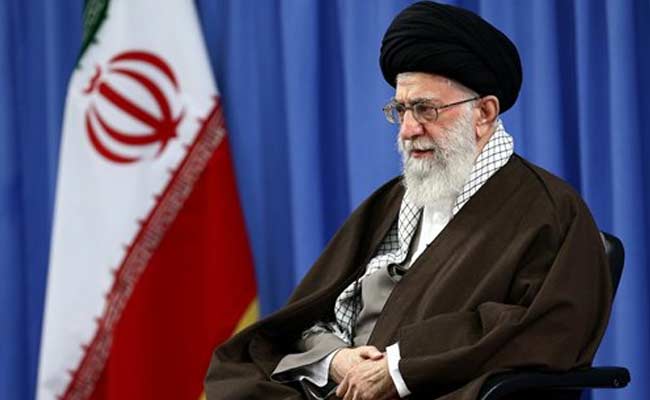 It was the second letter which Ayatollah Ali Khamenei has addressed to youth in the West, following a similar message after the January 2015 attacks on satirical magazine Charlie Hebdo.

Tehran: Iran's supreme leader, Ayatollah Ali Khamenei, on Sunday condemned the West's "double standards" in a letter to the youth of America and Europe following the Paris attacks that killed 130 people.

"Anyone who has benefited from affection and humanity is affected and disturbed by witnessing these scenes -- whether it occurs in France or in Palestine or Iraq or Lebanon or Syria," he wrote in the letter, translated into English and French.

"It is correct that today terrorism is our common worry," he said, while condemning the "contradictory policies" of the United States in "creating, nurturing and arming Al-Qaeda, the Taliban and their inauspicious successors".

"The military invasions of the Islamic world in recent years -- with countless victims -- are another example of the contradictory logic of the West," Khamenei argued.

"The pain that the Islamic world has suffered in these years from the hypocrisy and duplicity of the invaders is not less than the pain from the material damage," he said.

So long as "double standards dominate Western policies" and "terrorism... is divided into 'good' and 'bad' types" and "governmental interests are given precedence over human values and ethics, the roots of violence should not be searched for in other places".

It was the second letter which Khamenei has addressed to youth in the West, following a similar message after the January 2015 attacks on satirical magazine Charlie Hebdo and a Jewish supermarket that killed 17 people in Paris, also the target of the jihadist bombings and shootings on November 13.

Boris Johnson To Visit US, Hold Talks With Joe Biden This Month: Report