China, Russia, the European Union, Iran and the U.S. will reconvene for the next round of talks in the Austrian capital on April 14. 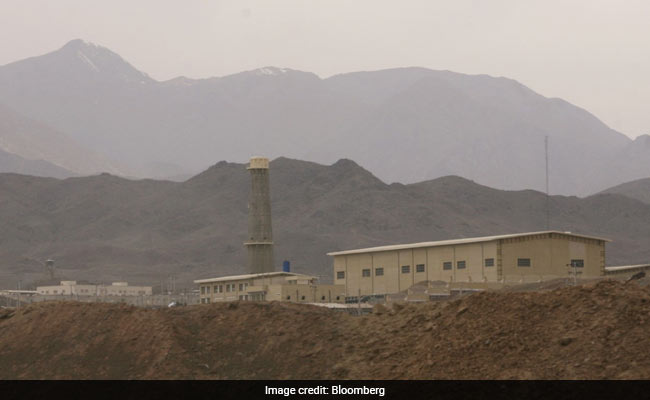 The two countries have in recent weeks accused each other of targeting their shipping.

Iran's top atomic official said an incident at the country's largest uranium enrichment facility was an act of "nuclear terrorism" by opponents of talks between the Islamic Republic and world powers to revive a landmark 2015 accord.

Ali Akbar Salehi, the head of the Atomic Energy Organization of Iran, said the disruption at the Natanz facility that's home to thousands of gas centrifuges, showed there was an attempt to thwart both Iran's atomic progress and the ongoing diplomacy in Vienna, state TV reported.

He didn't elaborate, but in the past Iran has largely blamed Israel for attacks on its nuclear infrastructure and the killing of prominent Iranian atomic scientists.

The Israeli government opposes the 2015 nuclear deal and doesn't want the U.S. to lift sanctions on Tehran without a new deal that addresses its ballistic missiles and regional proxy forces that have fought Israel. The two countries have in recent weeks accused each other of targeting their shipping.

European nations are leading efforts to negotiate a U.S. return to the 2015 deal that curbed Iran's atomic activities in return for sanctions relief, before then-President Donald Trump abandoned it three years ago.

China, Russia, the European Union, Iran and the U.S. will reconvene for the next round of talks in the Austrian capital on April 14. Ahead of that meeting, South Korean Prime Minister Chung Sye-Kyun arrived in Tehran for a two-day visit that could advance the negotiations if it can end a dispute over $7 billion of Iranian oil revenue trapped in Seoul by U.S. sanctions.

Behrouz Kamalvandi, spokesman for the AEOI, said the incident on Sunday at Natanz was linked to problems at a power grid and "caused no casualties or pollution," state TV said, adding that the exact cause was being investigated.

Iran said it had started injecting uranium gas into new centrifuges at Natanz on Saturday, followed by "mechanical testing" of the IR-9 devices.

The latest disruption is the second suspicious incident at Natanz in less than a year. Last July, an explosion and fire caused significant damage to an outbuilding that contained an assembly line for centrifuge machines, officials said at the time, blaming sabotage and foreign interference.

In 2010, Natanz was the target of a major cyber attack using the Stuxnet computer virus that has been widely blamed on Israel and the U.S.

Israel has also been blamed for several assassinations of Iranian nuclear scientists inside the country over the past decade. The latest killing came in November, when the country's most senior atomic expert died in a roadside ambush on the outskirts of Tehran.