Women have increasingly flouted the Islamic republic's clothing rules in recent years and often let their headscarves fall around their necks. 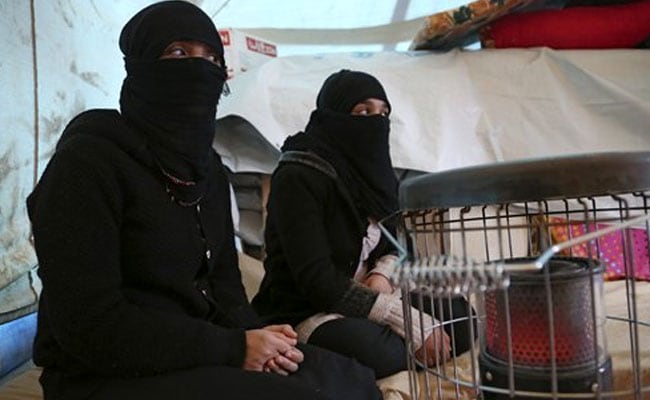 Those women arrested were accused of public order offences. (File)

Tehran, Iran: Tehran police have arrested 29 women for appearing in public without a headscarf as protests against the dress code in force since the Islamic revolution of 1979 intensify, Iranian media reported Friday.

Those arrested were accused of public order offences and referred to the state prosecutor's office, the Fars, ILNA and Tasnim news agencies reported without elaborating.

Chief prosecutor Mohammad Jafar Montazeri had played down the escalating protests on Wednesday, saying they were "trivial" and "childish" moves possibly incited by foreigners.

He had been asked about a woman detained earlier this week for standing on a pillar box in a busy street without the mandatory headscarf.

Unprecedented images of at least 11 women protesting the same way had been widely shared on social media.

A prominent human rights lawyer told AFP on Tuesday that one of the detained women had her bail set at more than $100,000 (80,000 euros).

Montazeri said those flouting "hijab" rules -- which require headscarves and modest clothing -- must have been encouraged by outsiders.

But even religiously conservative Iranians have voiced support for the protests, with many saying that religious rules should be a personal choice.

One held a sign reading: "I love my hijab but I'm against compulsory hijab."

Female activist Azar Mansouri, a member of the reformist Union of Islamic Iranian People party, said attempts to control female clothing had failed over many decades.

"Women show their opposition to such forceful approaches by their very clothing, from resisting covering their hair to wearing long boots and leggings," she wrote in a series of tweets this week.

Women have increasingly flouted the Islamic republic's clothing rules in recent years and often let their headscarves fall around their necks.

Morality police once rigidly enforced the rules, but are a much less common sight since President Hassan Rouhani came to power in 2013, promising greater civil liberties.

The protests appear to mirror that of a woman who stood in Tehran's busy Enghelab (Revolution) Street in December without a headscarf and waving a white scarf on a stick.

Promoted
Listen to the latest songs, only on JioSaavn.com
She was reportedly kept in detention for nearly a month and has since kept a low profile.