Former Prime Minister Khaleda Zia's lawyers have condemned the decision to use the jail, where she is the only inmate, into a court. 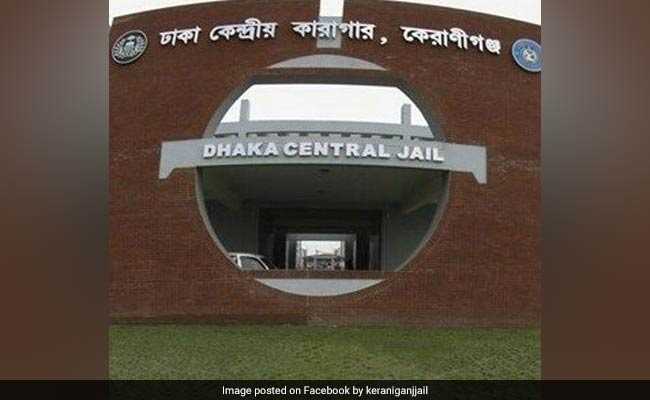 Dhaka Central Jail was Bangladesh's largest prison until it was declared abandoned in 2016.

The Bangladesh government on Wednesday turned a notorious jail into a courtroom to try ailing opposition leader Khaleda Zia on corruption charges.

The 73-year-old former prime minister, already serving a five-year term in Dhaka Central Jail, was brought into the temporary courtroom in a wheelchair insisting she would not get a fair hearing, reports said.

"I know I won't get justice. You can rule whatever you like. I am extremely ill. My hand and a leg are becoming paralysed," she told the court, according to the ntvbd.com news portal.

"You can punish me however you want," the head of the Bangladesh Nationalist Party added.

Zia's lawyers have condemned the decision to use the jail, where she is the only inmate, into a court. They have said they will seek a ruling from a higher court to get the move overturned.

Zia was granted bail in a corruption case in May but remains in jail while she fights dozens of other violence and graft charges.

The prison in the old Mughal district of Dhaka was built under British colonial rule in the 19th century and was Bangladesh's largest prison until it was declared abandoned in 2016.

Four of Bangladesh's founding leaders were killed in the prison on the eve of a military coup in November 1975 while hundreds of death row inmates including politicians, coup plotters and Islamists were hanged there in the intervening decades.

Law and Justice Minister Anisul Huq told AFP the decision to use the Central Prison as the venue for Zia's trial "has been done lawfully".

Huq said there were other cases when prisoners had been tried in the same jail and the government had the constitutional right to set up a court anywhere by decree.

The next hearing will be held on September 12 and 13.

Zia was jailed for five years in February after being convicted of corruption, a sentence that triggered clashes between police and thousands of BNP supporters.

She was found guilty then of embezzling money intended for an orphanage, a charge she dismissed as politically motivated.

Zia is appealing against the verdict which bars her from standing in a general election to be held in December.

In April, the BNP accused the government of putting the health of their jailed leader at risk by refusing her treatment in prison. She suffers from complications from arthritis and is struggling to walk, doctors said.

Zia, who entered politics in the mid-1980s after her military dictator husband was assassinated in an abortive coup, is an ally-turned arch-foe of Prime Minister Sheikh Hasina.

The BNP boycotted the 2014 election in which Hasina returned to power but is expected to contest the upcoming election.