Bhavesh Patel told police he was just the "unlucky one who got caught." 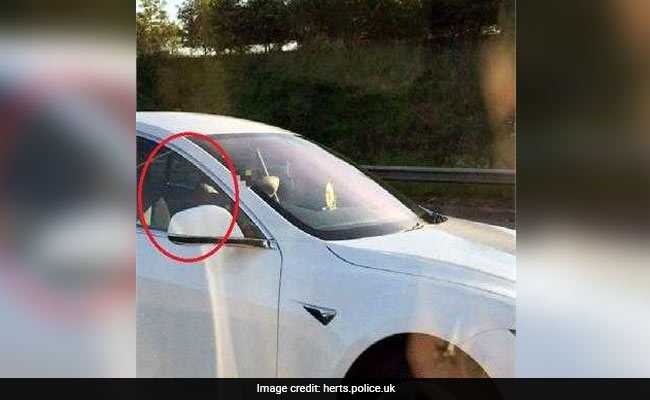 London: A man appeared to want to test the limits of Tesla's autopilot feature, and a British court has made an example out of him.

The St. Albans Crown Court recently banned Bhavesh Patel, 39, from driving for 18 months for climbing into the passenger seat of his Model S after turning on its semiautonomous feature. Tesla instructs customers to keep their hands on the steering wheel while the autopilot is turned on.

The police, citing witness accounts, said Patel's Model S was traveling about 40 mph in heavy traffic last year. According to a video taken by a witness, no one was sitting in the driver's seat, and Patel appeared to have his hands behind his head. Patel was later interviewed by officers at a police station, law enforcement officials said, where he admitted that he knew his actions were "silly" but the car was capable of something "amazing."

He told police he was just the "unlucky one who got caught."

The incident highlights the risks and disregard for safety precautions of such technology. Patel's use of autopilot underscores how the up-and-coming technology might tempt users to abuse it without fully understanding its limitations. Researchers and other technology developers say human behavior makes it easy to become overly reliant on autonomous technology. In March, a Tesla owner in California died after his electric SUV crashed into a median while the vehicle was in autopilot mode on Highway 101 near Mountain View. The company and the National Transportation Safety Board have publicly clashed in recent weeks over the disclosure of information related to the crash as a federal investigation of the collision continues.

Tesla referred The Washington Post to prior statements that said the autopilot feature is only intended for use with a fully attentive driver. Drivers receive an escalating series of audio and visual warnings if the car detects that the driver's hands are not on the steering wheel. If a driver ignores those warnings, the car will disengage the autopilot system for the remainder of the drive.

"What Patel did was grossly irresponsible and could have easily ended in tragedy," investigating officer Kirk Caldicutt of the Bedfordshire, Cambridgeshire and Hertfordshire Road Policing Unit said in a news statement last week. "This case should serve as an example to all drivers who have access to autopilot controls and have thought about attempting something similar. I want to stress that they are in no way a substitute for a competent motorist in the driving seat who can react appropriately to the road ahead."

On top of the 18-month ban, Patel was ordered to perform 100 hours of community service. He is also slated to carry out 10 days of rehabilitation and was fined 1,800 pounds to offset the costs of the Crown Prosecution Service, or about $2,500.