"In The Hole": For Trump's "Shithole" Remark, A Response By New Yorker

New Yorker magazine's tweet of its cover for the January 22 edition is titled "In the Hole"; it is created by freelance artist Anthony Russo in "response to President Trump's recent comments about immigration." 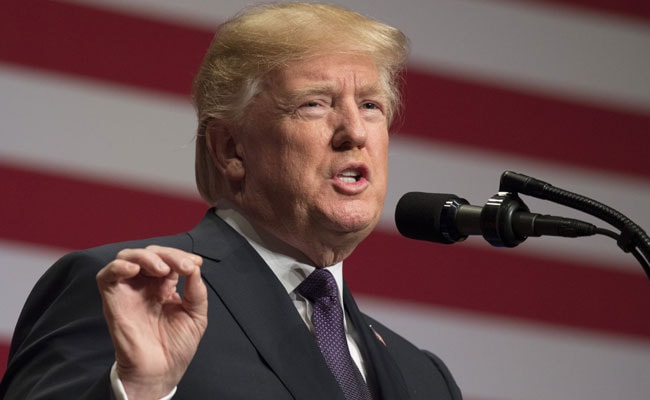 New Delhi: US President Donald Trump has been put inside a literal "shithole" by New Yorker magazine in a revealing tweet of its upcoming edition's cover -- an entire page of white, punctuated by a round, black spot the size of a manhole from where a yellowish comb-over of a head that alludes to the US President, is seen trying to either peer out or look around.

On Thursday, Mr Trump reportedly described immigrants from Africa and Haiti as coming from "shithole" countries, drawing charges of racism. "Why are we having all these people from shithole countries come here?" Mr Trump had said, people with direct knowledge of the matter told The Washington Post. The New York Times later reported the same comment, citing people who are familiar with the matter.

An early look at next week's cover: "In the Hole," by Anthony Russo, is a response to President Trump's recent comments about immigration. https://t.co/YW8p5ojJBapic.twitter.com/jDcBcwFH8F

"The language used by me at the DACA meeting was tough, but this was not the language used," Mr Trump tweeted a day later in reference to the Deferred Action for Childhood Arrivals or DACA programme, which shields from deportation some eight lakh immigrants brought to the US illegally as children.

New Yorker magazine's tweet of its cover for the January 22 edition is titled "In the Hole"; it is created by freelance artist Anthony Russo in "response to President Trump's recent comments about immigration." 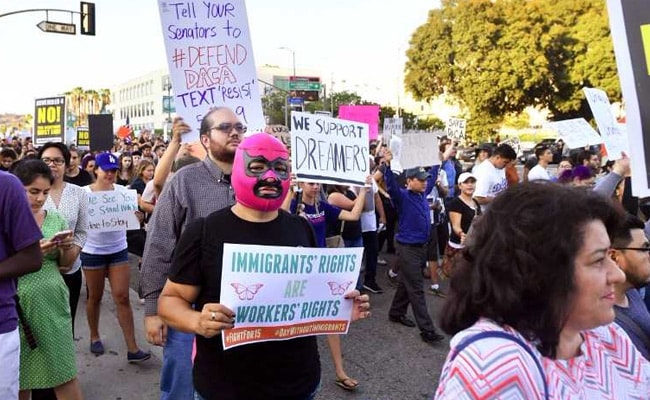 This is not the first time New Yorker has plastered Mr Trump on its cover to make a point. After the Charlottesville incident last year where far-right protests turned violent, the magazine's cover by illustrator David Plunkert showed the US President as a man who appeared to be instigating violence -- a man with yellow hair is sitting on a boat and blowing at a sail that looks like a mask often worn by members of the white supremacist Ku Klux Klan.

Promoted
Listen to the latest songs, only on JioSaavn.com
Even the United Nations on Friday slammed Mr Trump's reported description of African nations and Haiti as "shithole" countries as "shocking and shameful", and "racist".

"If confirmed, these are shocking and shameful comments from the President of the United States. Sorry, but there is no other word one can use but 'racist'," Rupert Colville, spokesman for the UN human rights office, told reporters in Geneva.
Comments