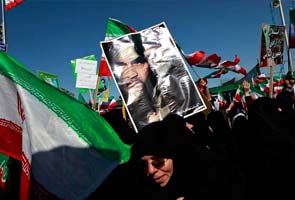 Washington: The United States has now endured what by some measures is the longest period of war in its history, with more than 6,300 American troops killed and 46,000 wounded in Iraq and Afghanistan and the ultimate costs estimated at $3 trillion. Both wars lasted far longer than predicted. The outcomes seem disappointing and uncertain.

So why is there already a new whiff of gunpowder in the air?

Talk of war over Iran's nuclear program has reached a strident pitch in recent weeks, as Israel has escalated threats of a possible strike, the oratory of American politicians has become more bellicose and Iran has responded for the most part defiantly. With Israel and Iran exchanging accusations of assassination plots, some analysts see a danger of blundering into a war that would inevitably involve the United States.

Echoes of the period leading up to the Iraq war in 2003 are unmistakable, igniting a familiar debate over whether journalists are overstating Iran's progress toward a bomb. Yet there is one significant difference: by contrast with 2003, when the Bush administration portrayed Iraq as an imminent threat, Obama administration officials and intelligence professionals seem eager to calm the feverish language.

Gen. Martin E. Dempsey, chairman of the Joint Chiefs of Staff, said in a CNN interview on Sunday that the United States had advised Israel that a strike now would be "destabilizing," adding that Iran had not yet decided whether to build a weapon. And American officials are weighing an Iranian offer to renew nuclear talks as a stream of threats from Tehran continued on Tuesday and international nuclear inspectors reported their mission to Iran had failed.

Still, unforeseen events can create their own momentum. Graham Allison, a leading expert on nuclear strategy at Harvard University, has long compared the evolving conflict over Iran's nuclear program to a "slow-motion Cuban missile crisis," in which each side has only murky intelligence, tempers run high and there is the danger of a devastating outcome.

"As a student of history, I'm certainly conscious that when you have heated politics and incomplete control of events, it's possible to stumble into a war," Mr. Allison said. Watching Iran, Israel and the United States, he said, "you can see the parties, slowly but almost inexorably, moving to a collision."

Another critical difference from the prewar discussion in 2003 is the central role of Israel, which views the possibility of an Iranian nuclear weapon as a threat to its very existence and has warned that Iran's nuclear facilities may soon be buried too deep for foreign bombers to reach.

Israel's stance has played out politically in the United States. With the notable exception of Representative Ron Paul of Texas, Republican presidential candidates have kept up a competition in threatening Iran and portraying themselves as protectors of Israel. A bipartisan group of senators on Tuesday released a letter to President Obama saying that new talks could prove a "dangerous distraction," allowing Iran to buy time to move closer to developing a weapon.

Despite a decade of war, most Americans seem to endorse the politicians' martial spirit. In a Pew Research Center poll this month, 58 percent of those surveyed said the United States should use military force, if necessary, to prevent Iran from developing nuclear weapons. Only 30 percent said no.

"I find it puzzling," said Richard K. Betts of Columbia University, who has studied security threats since the cold war. "You'd think there would be an instinctive reason to hold back after two bloody noses in Iraq and Afghanistan."

In the same survey, 75 percent of respondents said that Mr. Obama was withdrawing troops from Afghanistan at the right pace or not quickly enough, a finding in keeping with many indications of war weariness.

Micah Zenko, who studies conflict prevention at the Council on Foreign Relations, sees an old pattern. "It's true throughout history: there's always the belief that the next war will go much better than the last war," he said.

Faced with an intractable security challenge, both politicians and ordinary people "want to 'do something,' " Mr. Zenko said. "And nothing 'does something' like military force."

Yet it is the military and intelligence establishment that has quietly sought to counter politicians' bold language about Iran's nuclear program, which the Iranians contend is solely for peaceful purposes. At a hearing last week, Senator Lindsey Graham, Republican of South Carolina, pressed James R. Clapper Jr., the director of national intelligence.

"Do you have doubt about the Iranians' intention when it comes to making a nuclear weapon?" Mr. Graham asked.

"You doubt whether or not they're trying to create a nuclear bomb?" Mr. Graham persisted.

"I think they are keeping themselves in a position to make that decision," Mr. Clapper replied. "But there are certain things they have not yet done and have not done for some time," he added, apparently a reference to specific steps to prepare a nuclear device. Haunting such discussions is the memory of the Iraq war. The intelligence on weapons of mass destruction, which was one of the Bush administration's main rationales for the invasion, proved to be devastatingly wrong. And the news media, including The New York Times, which ultimately apologized to readers for some of its coverage of claims of Iraqi weapons of mass destruction, are again under scrutiny by critics wary of exaggerated threats.

Both the ombudsman of The Washington Post and the public editor of The New York Times in his online blog have scolded their newspapers since December for overstating the current evidence against Iran in particular headlines and stories. Amid the daily drumbeat about a possible war, the hazard of an assassination or a bombing setting off a conflict inadvertently worries some analysts. After a series of killings of Iranian scientists widely believed to be the work of Israel, Israeli diplomats in three countries were the targets last week of bombs suspected to have been planted by Iranians.

In October, an Iranian American was charged in what American authorities assert was an Iranian plot to kill the Saudi ambassador to the United States, possibly by bombing a Washington restaurant. Mr. Clapper, the intelligence director, told Congress in January that the accusation demonstrated that Iranian officials "are now more willing to conduct an attack in the United States in response to real or perceived U.S. actions that threaten the regime."

An actual Iranian attack inside the United States - possibly following an Israeli strike on Iran - would inevitably result in calls for an American military retaliation.

Peter Feaver of Duke University, who has long studied public opinion about war and worked in the administration of President George W. Bush, said the Obama administration's policy was now "in the exact middle of American public opinion on Iran" - taking a hard line against a nuclear-armed Iran, yet opposing military action for now and escalating sanctions. But as the November election approaches, Mr. Feaver said, inflammatory oratory is likely to increase, even if it is unsuited to a problem as complicated as Iran's nuclear ambitions.

Promoted
Listen to the latest songs, only on JioSaavn.com
"This is the standard danger of talking about foreign policy crises in a campaign," he said. "If you try to explain a complex position, you sound hopelessly vague."