Yang Jiechi, 67, along with Foreign Minister Wang Yi, 64, were elected to the 204-member central committee of the Communist Party of China (CPC) which concluded its once-in-five-years Congress in Beijing today. 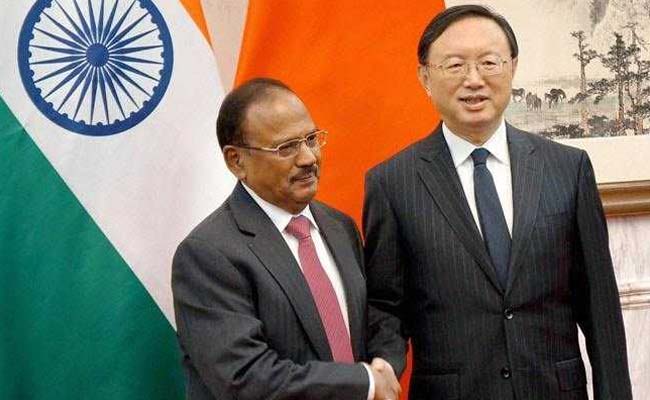 Beijing: China's top diplomat and Special Representative for India-China border talks has been elected to the powerful Central Committee of the Communist Party of China, belying speculation that he is set to retire.

Yang Jiechi, 67, along with Foreign Minister Wang Yi, 64, were elected to the 204-member central committee of the Communist Party of China (CPC) which concluded its once-in-five-years Congress in Beijing today.

Former Chinese Ambassador to India, Le Yucheng was among the 172 alternate members elected to the Central Committee.

Yang Jiechi, a former Chinese foreign minister who took part in the India-China border talks with his Indian counterpart Ajit Doval also played a major role in the talks to resolve the 73-day Doklam standoff which ended on August 28.

Observers say that Mr Yang may get elevated to the 25-member Politburo of the Communist Party of China which will be unveiled tomorrow along with the seven-member Standing Committee which governs the country.

If he gets into the Politburo, Yang Jiechi could become vice premier becoming first Chinese foreign ministry official to get the post in over a decade, observers said.

If he gets elevated, Wang Yi could become state councillor and the new Special Representative of India-China border talks in March.

The elevation of Yang Jiechi, Wang Yi and Le Yucheng shows President Xi Jinping's plans to give a big diplomatic push for his multi-billion dollar Belt and Road Initiative as well as to counter US' push into the Asia-Pacific region.

The absence of the country's top diplomat from the Politburo was largely due to an unwritten party rule which favoured seniority over competence, the Hong Kong-based South China Morning Post said in a recent write-up.

Promoted
Listen to the latest songs, only on JioSaavn.com
It quoted officials as saying that Yang Jiechi appeared keen to cling on to power and he had been particularly active in the past few months, taking personal credit for establishing a personal rapport between Xi Jinping and Donald Trump and bringing an end to China's border stand-off with India.

Beijing was "seriously considering" the elevation of the country's top diplomat because China now saw itself as a global power and the increased prominence would help implement Xi Jinping's ambitious initiatives such as the 'Belt and Road' infrastructure and trade development scheme, it said.