'How to Beat Your Wife': Saudi Man Explains In A Video 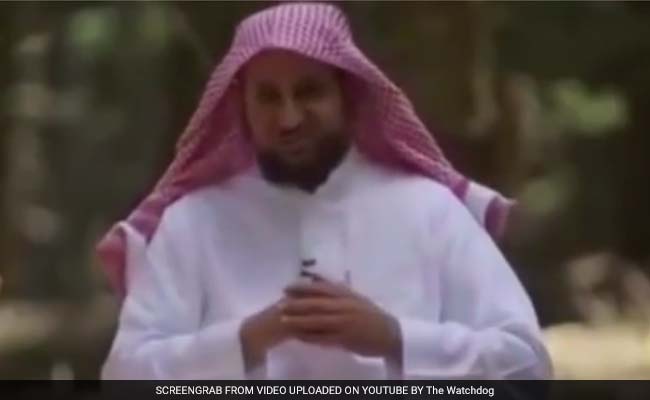 In a shocking video, believed to have been aired on the Saudi Arabia's national television, a family therapist has given advice on "wife beating".

According to news website AWDNews.com, the video was aired in the country in February this year. However, it has come to light only after it was aired in the US via the Washington DC-based Middle East Media Research Institute, in April 2016.

The Saudi government is said to have approved the video after which it was aired on national television, reported the website.

Therapist, Khaled Al-Saqaby, in a video posted on YouTube, says he is "aware that this issue (wife beating) is a thorny one, which contains many hazards. But Allah willing, we will cross this bridge safely."

Stressing that "the necessary Islamic conditions for (wife) beating must be met", Mr Al Saqaby suggests, the aim of beating a wife "is to discipline, not to vent one's anger".

In the video, Mr Al-Saqaby suggests the aim of beating a wife "is to discipline, not to vent one's anger".

"The family therapist suggests the beating should not be performed with a rod or sharp object, but instead "something like the sewak tooth-cleaning twig - or with a handkerchief".

Explaining the motive behind beating a wife, he says: "Because the goal is merely to make the wife feel that she was wrong in the way she treated her husband."

Before beating one's wife, Mr Al-Saqaby suggests a husband reminds her of "your rights and of her duties, according to Allah".

"Unfortunately, some wives want to live a life of equality with their husband," he says, stressing that this was the main reasons a man may beat his wife.

"This is a very grave problem," he added.

He also says he is "sad to say" some women provoke their husbands to beat them.