The International Monetary Fund trimmed its growth forecast for China to 6.2 percent this year, assuming no new tariffs are imposed. 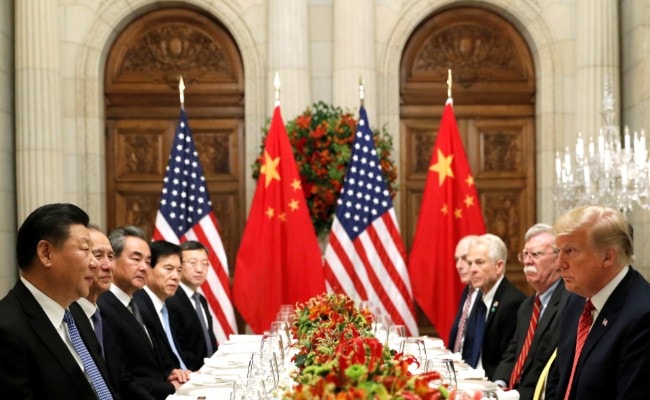 China's economy already is slowing amid the trade conflict with the United States, but if Washington were to ramp up tariffs even further it could cut Chinese growth sharply, the IMF warned Friday.

The International Monetary Fund already had trimmed its growth forecast for China to 6.2 percent this year, assuming no new tariffs are imposed.

But US duties of 25 percent on Chinese goods not yet facing tariffs would slow the economy in the following year, the IMF said in a report.

The annual review of China's economy -- known as the Article IV report -- was completed before President Donald Trump announced plans to impose 10 percent punitive tariffs on $300 billion in imports.

That new tranche means that all products from China will be subject to duties starting September 1 in the intensifying trade war.

The Washington-based global crisis lender once again called for a quick resolution to the trade conflict between the world's economic superpowers, warning of "significant negative spillovers globally."

For China, the report said, "A further escalation of the trade tensions, for example the US raising tariffs to 25 percent on remaining imports from (China), could reduce growth by around 0.8 percentage points over the following 12 months."

James Daniel, the IMF's mission chief to China, said Friday the 10 percent tariffs Trump announced could slow the nation's growth by 0.3 points in the coming year.

While he declined to comment on the current status of the conflict, Daniel told reporters the fund's recommendations to China in the event conditions deteriorate is to provide more fiscal stimulus and allow its currency to move freely to "help absorb the tariff shock."

The situation "requires some kind of response," Daniel said on a conference call. But China's currency "should remain flexible and market-determined," which would mean "less intervention."

However, when Beijing allowed its currency to weaken Monday following the tariff announcement, Trump angrily accused China of manipulating its currency to gain a trade advantage over US companies.

China's central bank then intervened to stabilize the exchange rate to prevent it from falling further.

Trump earlier Friday cast doubt on the chances for a trade deal, and signaled he might cancel talks planned for September.

Relations have soured further in the past week after Trump announced the new round of punitive tariffs, despite a truce agreed with President Xi Jinping in May, and Beijing responded by halting all purchases of US agricultural goods.

The US Treasury then declared China a currency manipulator, after the yuan dropped below seven to the dollar -- a psychological threshold.

While Trump has crowed over the slowing Chinese economy, Daniel stressed that the gradual decline in growth is part of a process "to successfully switch from high-speed to high-quality growth."

But there is "an awful lot China can and should be doing" as part of that process, he said, including continuing reforms to open up more sectors of the economy, reducing impediments to trade and boosting consumption.

It is "very much in China's interest," Daniel said.