Pakistan has not formally approached the International Monetary Fund for financial assistance despite its economic woes, IMF's chief economist has said. 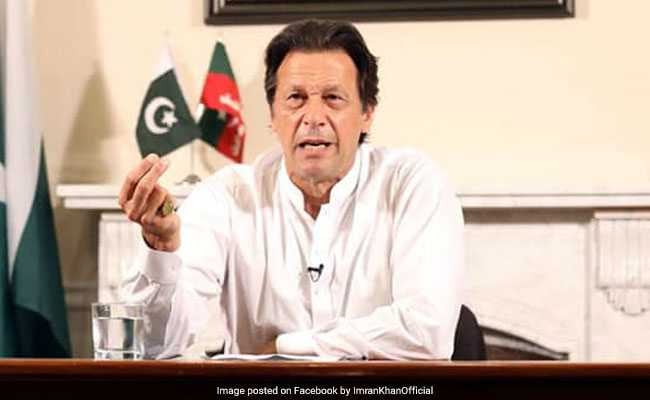 Pakistan has not yet formally approached the International Monetary Fund for financial assistance, but if bailout talks get underway this week, the goal will be to help Pakistan reach its full potential, the IMF's chief economist said on Tuesday.

Addressing a news conference at the IMF and World Bank annual meetings in Bali, the IMF's Maurice Obstfeld cautioned that increased Chinese involvement in Pakistan's economy could bring both benefits and risks.

Obstfeld said Pakistan is facing financing gaps as it has been hit by a large fiscal and current account deficit, a low level of reserves and a currency he described as "too rigid" and over-valued.

Pakistan's Finance Ministry Asad Umar said on Monday the government would seek to open talks with the IMF in Bali this week for emergency financial assistance.

New Prime Minister Imran Khan had earlier sought alternatives to a second bailout program in five years from the IMF as it impose austerity and limit his vision of an Islamic welfare state.

Obstfeld said that if the IMF does enter into talks with Pakistan this week on a possible new financing program, the goal would be reforms that would help Pakistan reach its "immense potential" without providing specific details.

"The government has expressed its desires to enact deep structural reforms that might break the cycle of Pakistan needing financial support from the Fund," he said.

Pakistan needs more infrastructure development, Obstfeld added, and the country could benefit from China's role in supporting its project financing.

But China's involvement could also bring potential risks, he said.

"It is important that the design of the projects... be solid and excessive debts which cannot be repaid are avoided," the IMF chief economist said.

Islamabad has cut the size of the biggest Chinese "Silk Road" project in Pakistan, a reconstruction of the main rail line between the port city of Karachi and Peshawar in the northwest by $2 billion, citing government concerns about the country's debt levels.

The changes are part of Islamabad's efforts to rethink key Belt and Road Initiative projects in Pakistan, to which China has pledged about $60 billion in financing.

The Trump administration has been critical of China's Belt and Road initiative, saying that it has saddled some developing countries with debts they cannot afford to repay. In July, U.S. Secretary of State Mike Pompeo said there was "no rationale" for an IMF bailout of Pakistan that pays off Chinese loans to Pakistan.

Chinese officials have rejected criticism that the so-called China-Pakistan Economic Corridor projects have burdened Pakistan with unsustainable debts. Instead, the Chinese maintain, they have boosted the country's economic growth and provided 70,000 jobs.

(Except for the headline, this story has not been edited by NDTV staff and is published from a syndicated feed.)
Comments
Pakistan economic woesPakistan IMFInternational Monetary Fund (IMF)