Tom Ridge believes he was fortunate to be where he was at that moment of his heart attack. He was in a hotel filled with governors from around the country and therefore a hotel also filled with security people and emergency medical personnel. 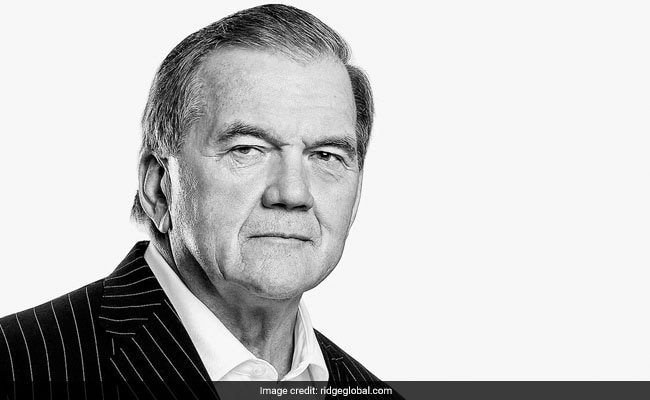 Tom Ridge had not talked publicly about what happened to him in Austin until now. (File)

Tom Ridge, the former homeland security secretary and Pennsylvania governor, has been dealing firsthand with first responders for decades, but never quite like on the morning of Nov. 16.

Ridge was at a hotel in Austin, Texas where he was attending a meeting of the Republican Governors Association. When he woke up, he wasn't feeling well. But it was more than just not feeling well. "I also felt different," he said. He didn't know it then, but he was in danger of dying.

He reached for his cellphone and did a search on heart attacks. At age 72, he had no known heart issues, kept himself fit and had worked out a few days earlier without incident. He questioned whether there was anything seriously wrong, and after skimming through a narrative about heart problems, he lay back down on the bed.

But after his symptoms continued, he picked up his phone a second time and did another search. Up came a checklist of heart attack symptoms. "I said, 'Check. Check. Check. Ridge, you could be having a heart attack," he said. At that point he struggled to get out of bed and over to the hotel phone.

"By the time I got to the phone, I knew I was in big trouble," he said. He was, as he put it, like a battery that was draining energy at an alarming rate. Ridge dialed the operator, gave his room number and said he needed help. "I woke up six days later," he said.

An emergency team arrived at his room minutes after his call. For more than an hour, they worked on him. "I'm told I flatlined three times," he said. Once in his room, a second time in the elevator and the third time in the lobby of the hotel. At one point, he was revived enough to give the EMS team the name of a longtime colleague who was in the hotel. Then he was out again.

He later learned that the emergency technicians took turns pounding on his chest, rotating one after another because of the physical effort required. In the process, they cracked his sternum and broke several ribs. He says it was a small price to keep him alive. Once he got to the hospital, he was put on life support.

"These first responders," he said, "kept me alive." He also owes his life to the cardiologists and nurses who took over at the hospital, where he remained on life support for six days and was at times disoriented as to where he was.

Ridge believes he was fortunate to be where he was at that moment of his heart attack. He was in a hotel filled with governors from around the country and therefore a hotel also filled with security people and emergency medical personnel. They were able to respond almost instantly to his call for help.

Had he been almost anywhere else - in his office in downtown Washington or overseas, as he was scheduled to be a few days later - he believes help would not have arrived so swiftly and he might not have survived. As it was, he barely did survive. He said he was told that only about 5 percent of people who suffer such an attack survive it.

"But for their persistence and their training," he said as his voice trailed off.

Ridge grew up in Erie, Pennsylvania, won a scholarship to Harvard and was drafted into the U.S. Army during the Vietnam War. He was awarded the Bronze Star. He received a law degree, practiced law and served as an assistant district attorney. In 1982, a bad midterm election for Republicans, he won a House seat from Pennsylvania by 729 votes, out-hustling a labor-backed candidate in a labor-heavy district.

He served six terms in Congress before seeking the governorship. He was tapped by then-president George W. Bush after the terrorist attacks on Sept. 11, 2001, to serve in the White House as head of the office of homeland security. When the new Department of Homeland Security was established, he was its first secretary. He left at the end of Bush's first term.

During the 2016 campaign, he was among several dozen Republicans who signed a letter arguing that then-candidate Donald Trump "lacks the character, values and experience" to be president. He wrote a letter saying he would vote for neither Trump nor Hillary Clinton in the general election, and he has been critical of GOP leaders for not standing up to Trump.

Ridge had not talked publicly about what happened to him in Austin until now. His conversation with me happened to take place on the morning after the horrific shooting at the Marjory Stoneman Douglas High School in Parkland, Florida, that left 17 people dead and another 14 wounded. So, the juxtaposition of lives lost and lives saved was right on the surface.

Also on his mind was the issue of how to keep communities - schools, workplaces and public spaces - safe from the kind of deadly violence seen at the high school in Florida. Ridge had served on a task force after the mass shootings at Virginia Tech in 2007. He worried about warning signs that might have been overlooked and about society's inability to agree on a way to lessen the risk of more mass killings.

Ridge said the topic of gun restrictions should be a given in any discussion about how public officials respond to these tragedies. As a member of Congress, he voted for a ban on assault weapons. But he said the challenges go beyond narrowing the chasm in attitudes on gun control. Identifying potential shooters with mental health problems and finding ways to act on that information also has defied solutions.

"You've got the gun-rights advocates, the privacy advocates and the mental health advocates. That's a trifecta that ought to start thinking about this in a much more serious tone than they've done before," he said. "I wish I had the answer, but unless you get serious people in those three constituencies to say how can we work together - we won't be able to eliminate it, but to minimize this risk to reduce the possibility that this happens in the future."

After his heart attack, Ridge remained in Austin for a little over a month before he was able to fly back to Washington. Three months after the day of his heart attack, he is able to go to his office a few days a week as he continues his recovery.

Promoted
Listen to the latest songs, only on JioSaavn.com
"The first day I walked outside, I don't know how blue the sky was, but it was the darkest blue I'd ever seen ever," he said. "How fragile and precious life is, that we take so much for granted."