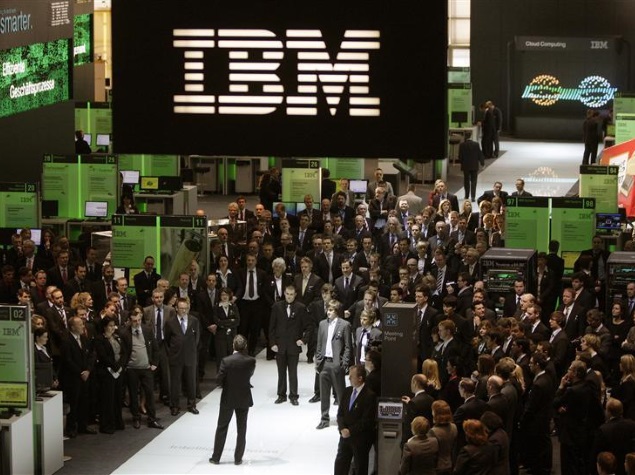 IBM CEO Ginni Rometty had publicly pledged to hire 25,000 US workers in next 4 years last month

On the eve of a summit last month between technology executives and then President-elect Donald Trump, IBM Chief Executive Officer Ginni Rometty publicly pledged to hire about 25,000 U.S. workers and spend $1 billion on training over the next four years.

She didn't mention that International Business Machines Corp. was also firing workers and sending many of the jobs overseas.

In late November, IBM completed at least its third round of firings in 2016, according to former and current employees. They don't know how many people have lost their jobs but say it's probably in the thousands, with many of the positions shipped to Asia and Eastern Europe. During the presidential campaign, Trump routinely criticized offshoring, although he didn't specifically mention IBM. The firings-known internally as "resource actions"-have continued into the new year. This month, IBM started notifying more U.S. workers that they would be let go, according to a current employee, who says colleagues in the services business are bracing for further rounds.

Many industries and companies have been sending jobs overseas to take advantage of lower wages and to be closer to local markets. In some cases, technological advances, including automation, have made positions obsolete. In an e-mailed statement, IBM spokesman Doug Shelton pointed out that the company generates more than two-thirds of its services revenue overseas. He reiterated plans to hire 25,000 people in the U.S. and said IBM will end up adding a net number of jobs over the next four years. "If we are able to fill these positions," he said, "we expect IBM U.S. employment to be up over that period.'' Shelton declined to say how many IBM workers were fired in 2016 but said IBM enjoys an attrition rate that's historically much lower than the industry average.

Rometty's hiring pledge prompted current and former IBM workers to vent on message boards and Facebook groups. Some complained that the new recruiting drive wouldn't offset jobs sent overseas in recent years. Others said Rometty had neglected to mention whether and how many people would be fired in the meantime. Some urged online communities to contact the Trump transition team and educate his aides about IBM's history of layoffs and outsourcing.

"Ginni Rometty is terminating thousands of IT workers and touting herself as some hero who's out to hire 25,000 workers," says Sara Blackwell, a Sarasota, Florida-based lawyer and advocate for Protect U.S. Workers, who represents about 100 IBM ex-employees who have filed discrimination and other complaints. "To me, that's hypocritical."

When Rometty became CEO in 2012, she began pushing IBM into new businesses such as cloud computing and artificial intelligence. So far, results have been mixed. On Jan. 19, IBM reported that fourth-quarter sales fell 1 percent to $21.8 billion and operating margins narrowed, evidence that revenue from cloud computing and AI hasn't yet replaced sales from older businesses. However, some areas showed promise. Sales in the unit that houses analytics and AI software increased for the third quarter in a row, and the technology services and cloud platforms segment also recorded year-over-year growth.

In a call with analysts, Chief Financial Officer Martin Schroeter said that the company expects to improve its margins this year, partly from "savings we have from workforce rebalancing as we continue to remix the workforce." The shares rose 2.2 percent to $170.55 on Friday, but have fallen about 7 percent since Rometty became CEO.

IBM's re-organization inevitably meant some workers would lose their jobs. Automation wiped out some positions, and the company says some of the firings were done to make room for people with skills in IBM's new businesses. Layoffs have slowed but are continuing. In an Op-Ed published in USA Today in December to explain the creation of 25,000 new positions over the next four years, Rometty wrote: "We are hiring because the nature of work is evolving."

At the same, time IBM has sent thousands of jobs offshore. It's not alone in doing this. In the last 15 or 20 years, Accenture Plc, Cap Gemini SA and Hewlett Packard Enterprise Co. have all done the same. IBM doesn't disclose how many of its 300,000-plus employees work in the U.S. or in its various divisions. But the services businesses, which generate more than half the company's sales, have taken the brunt of the offshoring.

For example, early last year, the technology services division aimed to have just 30 percent of permanent employees located in the U.S. by the end of 2016, according to two former managers, who received the information from superiors. Later in the year, the target had been reduced to 20 percent, said one of the people, who asked not to be named to discuss internal matters. Shelton said the numbers are inaccurate.

"The thing I found really insulting was that the quote-unquote reason for my termination was it was a 'skills transformation,'" says Sean Ott, a 20-year IBM veteran asked to clear out his desk a couple of months ago despite what he describes as a strong performance rating. "But at the same time, they have my exact job out there, they have my colleague's job out there for other people to get hired into."

As recently as three years ago, it was easier to track IBM's staff cuts. Employees losing their jobs received a list of colleagues being fired too, along with their positions, departments, ages and other information. They were able to use the information to determine whether they wanted to waive age-discrimination claims, which they needed to do to receive a severance package. Then in 2014, IBM ended the disclosures, making it much more difficult to tally job cut totals.

The company hasn't entirely sidestepped criticism for firings. In 2015, local and federal officials lambasted IBM for dismissing 1,200 workers in Iowa and Missouri just five years after opening facilities there. The firings were a blow to the cities of Dubuque and Columbia, which spent a combined $84 million on sweeteners to lure Big Blue in the hopes of incubating a startup scene. Republican Iowa Senator Chuck Grassley wrote to the company to express concern about the firing of 700 workers.

Promoted
Listen to the latest songs, only on JioSaavn.com
Today, Big Blue gets rid of people quietly and in smaller batches, former and current employees say. The firings have become so commonplace, they say, that many workers are resigned to losing their jobs and simply wait for their names to be called. Then, many are asked to train potential replacements overseas. In Ott's case, those people were in China, India and Argentina. "Clearly," he says, "my skills are still relevant."