A decades-old malaria and rheumatoid arthritis drug, hydroxychloroquine has been at the centre of political and scientific controversy. 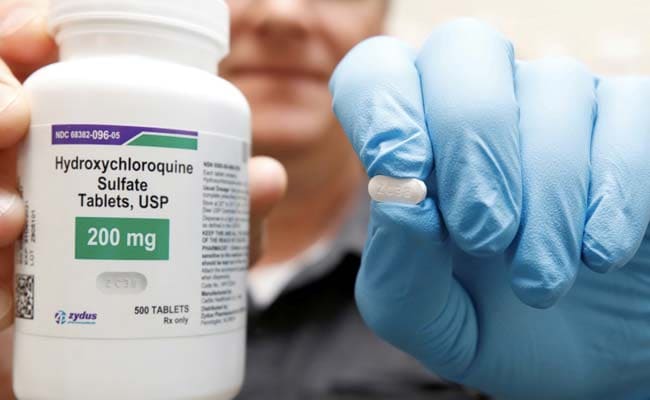 Hydroxychloroquine can be ruled out as a treatment for hospitalised COVID-19 patients -- but the World Health Organization said Thursday it was aware of ongoing trials into its value as a preventative measure.

A decades-old malaria and rheumatoid arthritis drug, hydroxychloroquine has been at the centre of political and scientific controversy.

On Wednesday, the WHO decided to halt its trials of the drug for novel coronavirus patients in hospital, after evidence from its own work and others that it had no effect on reducing the mortality rate.

But the UN health agency said Thursday that evidence from non-WHO trials into whether it might or might not be useful in preventing against the virus had not yet concluded.

"As far as the use of hydroxychloroquine for prophylaxis or prevention of COVID-19 -- either before or after exposure -- the last word is not yet out," WHO chief scientist Soumya Swaminathan told a virtual press conference.

"There are some good and big trials going on, and we hope those will be completed so that we have the kind of evidence that we need to make sure that patients receive the drugs which help -- and do not receive drugs which do not help."

Hydroxychloroquine has been touted as a possible treatment for the new coronavirus by high profile figures, including US President Donald Trump.

The drug has been included in several randomised clinical trials -- considered the gold standard for clinical investigation -- but the WHO said the evidence had led it to call time on its own trials.

"What is clear now is hydroxychloroquine does not have -- we know for sure now -- does not have an impact on the disease in mortality in hospitalised COVID-19 patients," said Swaminathan, an Indian paediatrician.

"Where there is still a gap is: does it have any role at all in prevention, or in minimising the severity in early infection? We don't know that, as yet," she said.

Hydroxychloroquine is being tested on healthcare workers and others with heightened exposure to the virus in large, randomised trials.