Husband Of Missing Indian Passenger On MH370 "Disappointed" With Report

The much-anticipated official report released by the Malaysian Government into one of the world's biggest aviation mysteries has concluded that the Boeing 777 was manually turned around mid-air, and that "unlawful interference by a third party" could not be ruled out. 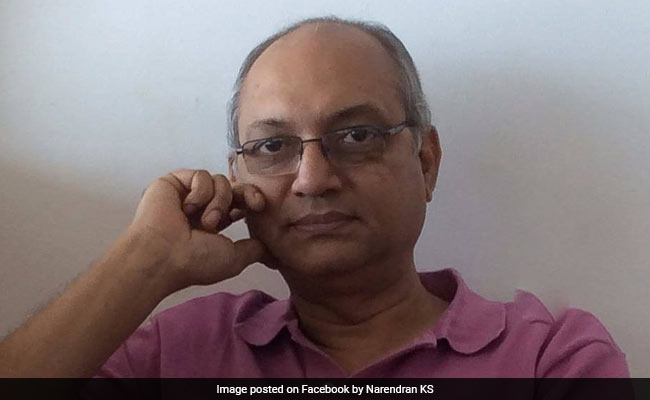 The husband of Chandrika Sharma, one of the five Indian nationals missing in the Malaysian Airlines flight MH370 tragedy, today said he was "disappointed" as authorities have failed to tell him how his wife vanished along with 238 others in 2014.

The much-anticipated official report released by the Malaysian Government into one of the world's biggest aviation mysteries has concluded that the Boeing 777 was manually turned around mid-air, and that "unlawful interference by a third party" could not be ruled out.

The Malaysian Airlines flight on March 8, 2014 disappeared carrying 239 people from Kuala Lumpur to Beijing. Despite a massive search in the Indian Ocean and the South China Sea, the wrekage of the plane has not been found.

K S Narendran, whose wife Chandrika was on the flight, said, "If I can just summarise the reactions that it has been disappointment, a sense of feeling deflated and you know a sense of degradation what we had already knew all this while.

"And at the end of the day the big questions remain and so that is no end in sight for the families as I see it because we still don't know what happened, why it happened, who or what was responsible and so we are exactly where we were on 8th of March which is that there was a plane that took off and turned back and disappeared, and all that we can confirm at the end of four and a half years or so is that the plane disappeared," he said.

"So that offers very cold comfort to the families..," Narendran, who flew from Chennai to attend today's briefing here, told the BBC.

"So some of the critical questions that the families came in with to explore what lies ahead remains unexamined, unaddressed and so we go back with no clarity about what next," he said.

Narendran also said that it has been a "big struggle" for the families even to be heard.

However, he was hopeful that the doors for future search efforts for the plane are not closed.

He said he was happy to note that the government has  issued a statement that the probe was not over. "So that's very reassuring. But the fact remains that the interest level has over time not been at the same level as we have known to be," he said.

Chandrika, 51, was working as the Executive Secretary of the Chennai-based The International Collective in Support of Fishworkers, an international non-governmental organisation.

There were four other Indian nationals onboard the ill-fated flight. The majority of the passengers were Chinese.

An initial search for the plane, carried out by Malaysia, China, and Australia, was called off in January 2017 after failing to find any trace of the plane within a 710,000-plus square kilometre area of the Indian Ocean. A private company reached an agreement with the Malaysian government to extend the search, but that too was stopped in May after failing to find any clue into the incident.

"They only relied on Malaysian Airlines' flight path although they had lost contact with the flight," Grace Nathan, a spokeswoman for families involved in the Voice370 lobby group, told reporters.

"They couldn't provide a proper airworthiness report on the missing aircraft," she was quoted as saying by The Australian.

Perhaps most surprisingly, investigators revealed they were no longer officially searching for possible debris from the plane.

More than 20 pieces of debris have been found over the years but so far only a sheered piece of the plane's flaperon on Reunion Island and then a large piece of the aircraft wing in Tanzania have been confirmed as being definitely from flight MH370.

Nathan, a lawyer whose mother Anne Daisy was on the plane, said investigators had also ruled out any issue with the plane's cargo, but revealed that the seals on the cargo packing had been tampered with.

"We hope that these mistakes will not be repeated and that measures are put in place to prevent them in the future," she said.