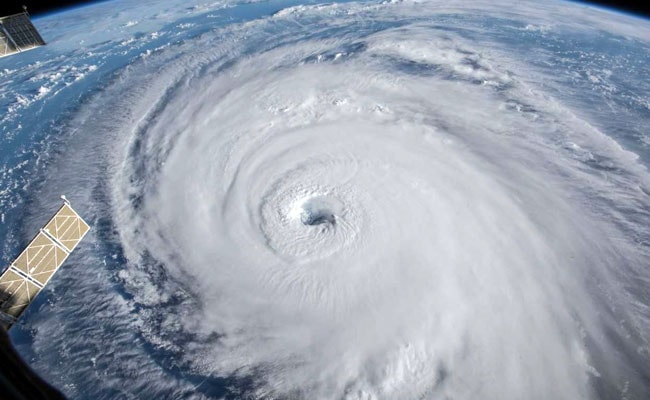 Hurricane Florence smashed into the US east coast Friday with howling winds, torrential rains and threatening life-threatening storm surges as emergency crews scrambled to rescue hundreds of people stranded in their homes by flood waters.

Forecasters warned of catastrophic flooding and other mayhem from the monster storm, which is only Category 1 but physically sprawling and dangerous.

The port city of Wilmington woke Friday to the sound of exploding electrical transformers with strong gusts throwing street signs and other debris as well as water in all directions, according to an AFP reporter at the scene.

The storm officially made landfall near Wrightsville Beach, North Carolina at 7:15 am (1115 GMT), the National Hurricane Center said.

Ken Graham, the NHC's director, warned the slow pace of the storm exacerbated its danger even to areas outside its immediate path. "The longer you have this hurricane wind flow, the longer you push that water well inland," he said.

Rescue workers in North Carolina meanwhile were scrambling to save people stranded in their homes. Video footage showed parking lots in the riverfront town of New Bern turn into shallow lakes of dirty gray water as heavy rain fell.

New Bern Police Lt. David Daniels said early Friday morning that between 150 and 200 people had been rescued so far, with others still waiting for help. 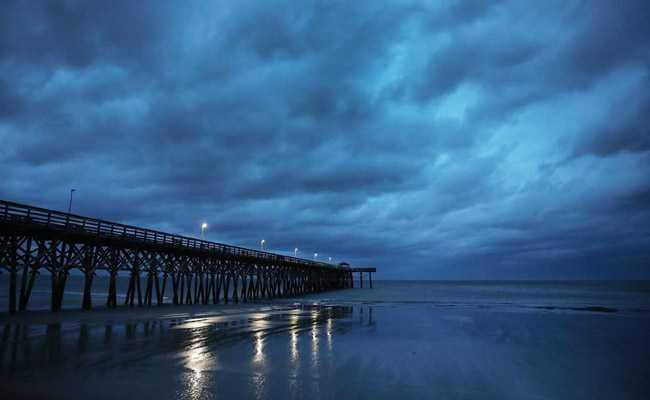 Nearly 300,000 customers in North Carolina were meanwhile reported to be without power as the outer band of the storm approached.

It added the greatest threats to life came from storm-surges while "catastrophic flash flooding and prolonged significant river flooding" was expected, with some areas receiving up to 40 inches of rainfall.

In a display of the early effects of the storm, one flood gauge on the Neuse River in New Bern, North Carolina, showed 10 feet (three meters) of flooding, the NHC said.

With winds picking up along the coastline earlier Thursday, federal and state officials had issued final appeals to residents to get out of the path of the "once in a lifetime" weather system.

A tornado watch was also in effect for parts of North Carolina.

Brock Long, the administrator of the Federal Emergency Management Agency (FEMA), warned the danger was not only along the coast: "Inland flooding kills a lot of people, unfortunately, and that's what we're about to see," he said.

About 1.7 million people in North Carolina, South Carolina and Virginia are under voluntary or mandatory evacuation orders and millions of others live in areas likely to be affected by the storm. 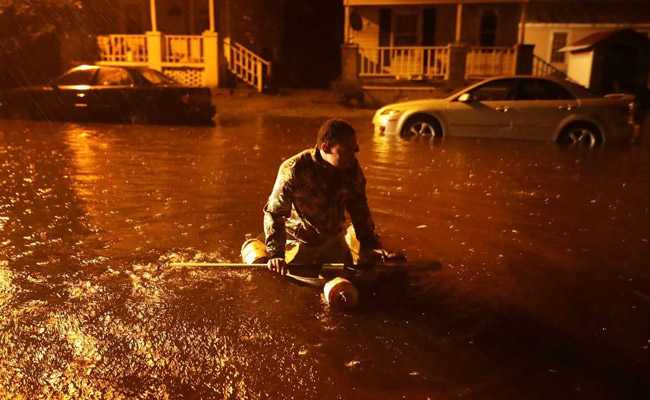 A state of emergency has been declared in five coastal states -- North Carolina, South Carolina, Georgia, Maryland and Virginia.

Duke Energy, a power company in the Carolinas, estimated that one million to three million customers could lose electricity because of the storm and that it could take weeks to restore.

'I'm not worried at all'

Not everybody was heeding orders to evacuate, however.

Antonio Ramirez, a construction worker from El Salvador living in Leland, North Carolina, said he planned to ride out the worst of the weather with his dog Canelo.

"The shelters are not taking dogs," Ramirez said. "I'm not leaving him here."

In Wilmington, residents who had decided not to evacuate were lining up to get ice from a vending machine -- $2 for a 16-pound (7.2-kilo) bag.

"I have no generator," said Petra Langston, a nurse. "I learned from the past to keep the ice in the washing machine."

Perched on the porch of his home, carpenter Tony Albright was calmly awaiting Florence's arrival, beer in hand.

"I built this house myself, so I'm not worried at all, I know it's solid," he said. "I charged the batteries of my electronic devices, I have beers and video games."

(Except for the headline, this story has not been edited by NDTV staff and is published from a syndicated feed.)
Comments
Unites states HurricaneNorth CarolinaHurricane Florence