Hurricane Dorian Like "Never In History" Of Bahamas, Warns PM

Bahamas Prime Minister Hubert Minnis broke down in tears as he addressed a news conference, calling it "probably the most sad and worst day of my life." 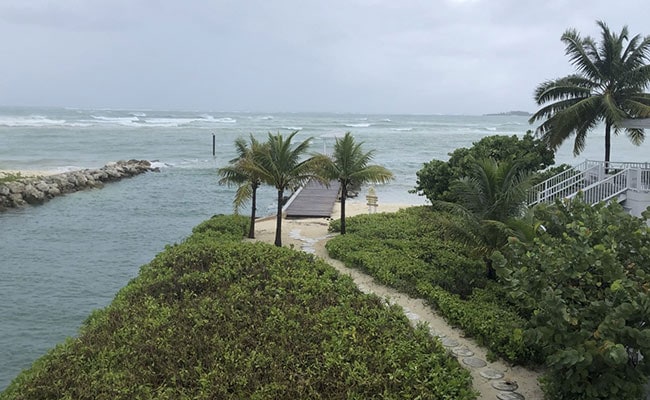 Hurricane Dorian slammed into the northern Bahamas as a monster Category 5 storm on Sunday, pummeling the low-lying island chain with torrential rains and winds of a violence unprecedented in its history.

Dorian made landfall twice in the Bahamas' Abaco Islands -- tying with the most powerful landfall ever recorded in the Atlantic with winds of 185 miles per hour (295 kph), according to the Miami-based National Hurricane Center.

Bahamas Prime Minister Hubert Minnis broke down in tears as he addressed a news conference, calling it "probably the most sad and worst day of my life," the Nassau Guardian reported.

"We're facing a hurricane ... one that we've never seen in the history of the Bahamas," he said.

The Abaco Islands were reported to be under water as forecasters warned it was facing a towering 18 to 23 feet storm surge. Winds were gusting over 220 mph, the NHC said.

Local radio reported that people were calling for help after winds blew the roof off the Island Breezes Hotel in Marsh Harbour, a commercial hub in the Abacos.

"Things are really starting to rock and roll," a post on the Facebook page of the Hope Town Bulletin in Abacos said at 10 am local time.

Describing "catastrophic" conditions in the Abacos Islands, it said the storm was "heading with all its fury towards Grand Bahama" where it was expected Sunday night into Monday.

- 'Absolute monster' -
Trump has declared a federal state of emergency in Florida, authorizing US assistance to supplement state and local efforts.