Hundreds Gather At Vigil For Victims Of London Attack 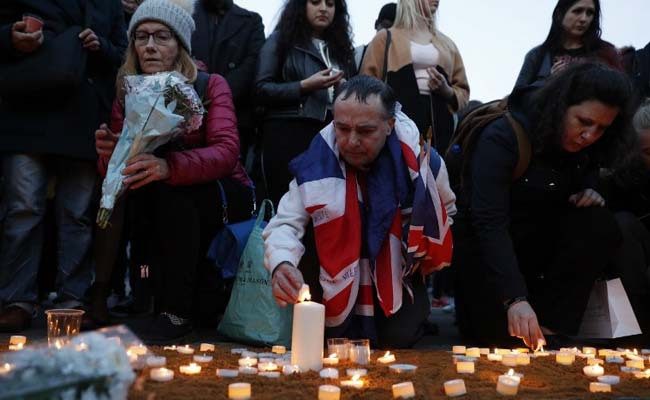 Hundreds of people gathered in London's Trafalgar Square on Thursday evening in a vigil to remember the victims of this week's attack near parliament in which four people died and some 40 were injured. With traffic diverted, the landmark square was eerily quiet as dusk fell and volunteers handed out candles.The attacker, who was among the dead, has been named as British-born Khalid Masood, 52, who was once investigated by intelligence officers over concerns about violent extremism.

In all, people of 11 nationalities were caught up in the violence as Masood ploughed into pedestrians before running through the gates of the parliament building and fatally stabbing unarmed policeman Keith Palmer.

A group of Muslim men held up a sign saying "love for all, hatred for none." 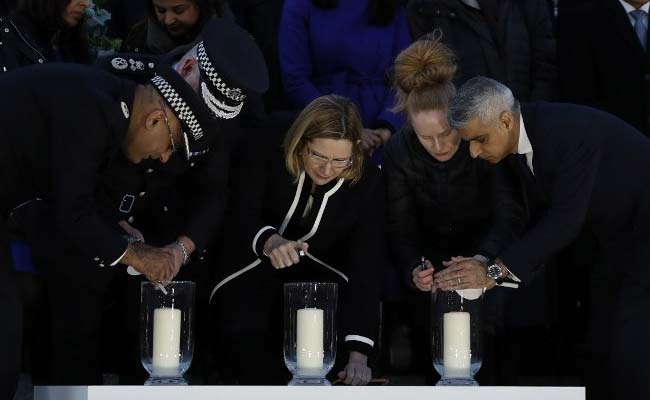 "These events have nothing to do with religion ... this is pure terrorism," one of them, Ali Raza, a 23-year-old student from London told Reuters.

Gary Hunnam, 28, lives in London, and his partner is a police officer. "It really touched us yesterday when I heard that one of them had been attacked so I thought it was good to come out and show solidarity to everyone who was involved," he said.

Helen Pallot, 26, from just outside London, was holding a bunch of flowers she planned to lay nearby.

"I have got a lot of friends and family that work five minutes away from there so it just makes you think," she said. "It made me angry and sad and I wanted to come here and show that we can still all be here together."

Crowds are assembling at Trafalgar Sq for a candle lit vigil to honour & remember those affected by the #WestminsterAttack#WeStandTogetherpic.twitter.com/5kGPKdYeci

Another man held up a handwritten sign saying "London will never be beaten. We stand as one and united."

The mourners, who were addressed by interior minister Amber Rudd and London Mayor Sadiq Khan, held a minute's silence before the event ended.

Promoted
Listen to the latest songs, only on JioSaavn.com
Wednesday's attack was the deadliest in Britain since 2005, when 52 people were killed by Islamist suicide bombers on London's public transport system.