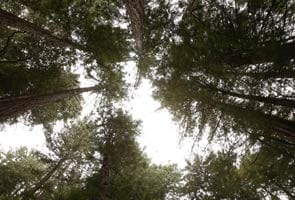 Washington: Human activity is almost certainly the cause of climate change and global sea levels could rise by several feet by the end of the century, according to an Intergovernmental Panel on Climate Change (IPCC) report leaked to media on Tuesday.

The draft summary of the report all but dismissed recent claims of a slowdown in the pace of warming, which has seized upon by climate-change sceptics.

"It is extremely likely that human influence on climate caused more than half of the observed increase in global average surface temperature from 1951 to 2010," The New York Times quoted a section of the leaked report as saying.

"There is high confidence that this has warmed the ocean, melted snow and ice, raised global mean sea level and changed some climate extremes in the second half of the 20th century."

The IPCC is made up of several hundred scientists worldwide who won the Nobel Peace Prize in 2007 along with former US vice-president and noted environmental campaigner Al Gore.

The scientists' findings will be included in the next major United Nations report on climate change.

The leaked summary said the IPCC believed a worst case scenario could see sea levels rising by as much as three feet (90 centimeters) by the year 2100.

The language of the leaked summary appears to be stronger than in a previous UN report in 2007.

IPCC spokesman Jonathan Lynn emphasized in a statement that the quoted text was a draft version which may yet be modified.

Lynn said the document "is likely to change in response to comments from governments received in recent weeks and will also be considered by governments and scientists at a four-day approval session at the end of September."

"It is therefore premature and could be misleading to attempt to draw conclusions from it," he said.

Promoted
Listen to the latest songs, only on JioSaavn.com
Christopher Field, a researcher at the Carnegie Institution for Science, told The Times that the draft had to reflect a wide range of views.

"I think that the IPCC has a tradition of being very conservative," Dr Field said. "They really want the story to be right."