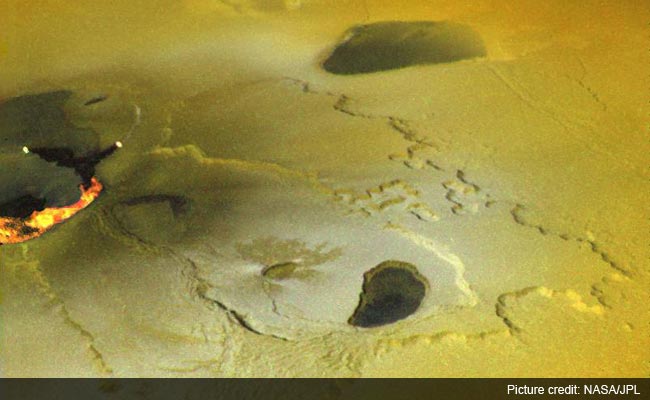 Washington: A US radio telescope has captured images of an enormous lava lake on the surface of Io, one of the moons orbiting the planet Jupiter, the Puerto Rico Astronomy Society (PRAS) reported.

"The new images clearly show an enormous lake of lava, fed from the subsoil and which exists permanently," PRAS vice president, professor and scientist Armando Caussade said in a statement.

The Large Binocular Telescope Observatory in Arizona was the one that spotted the mass of lava in the region known as Loki Patera, a volcanic pit measuring approximately 200 kilometers (124 miles) in diameter.

PRAS spokesman Juan Villafane said the size of the lake "is much larger than any of the five permanent lava lakes that exist on the Earth", since "the ones on our planet only measure some hundreds of meters across".

Discovered by the space probe Voyager 1 of the NASA in 1979, the moon Io is roughly the size of the moon orbiting the Earth and, according to PRAS, it has "the greatest volcanic activity" in the solar system.

PRAS - a private non-profit educational institution established in 1985 - is dedicated to popularising astronomy and promoting amateur astronomical research, and since 2002 has been affiliated with NASA through the Puerto Rico Space Consortium.