Hu Jintao to step down as China's military chief, making Xi Jinping the most powerful 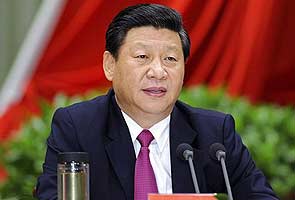 Beijing: China's new leader in waiting, Xi Jinping will have a surprise head-start to emerge as the most influential leader, as outgoing President Hu Jintao has reportedly decided to step down from all posts including the all-powerful post of the military chief.

Xi, 59, currently the Vice President is expected to be formally nominated as the General Secretary of the ruling Communist Party at the end of the ongoing 18th Communist Party Congress on its last day on November 14.

Scorching speculation, Hu has decided to formally relinquish his position as military chief at the end of the party Congress, Hong Kong-based 'South China Morning Post' quoted officials as saying.

Hu's decision to opt for complete retirement has surprised many analysts as he was expected to keep the top job of the Chairman of the Central Military Commission, especially in the backdrop of recent reshuffling of military top brass which was packed with officials who worked closely with him.

Turning 70 next month, Hu technically will be stepping down as Party Chief and as President after the Congress on November 14.

But the formal transfer of power was expected to take place early next year.

Hu's complete departure from Party and Military is watched closely in India as he is widely regarded as one of post Mao Zedong Chinese leaders who rebalanced ties with India bringing an element of "strategic equilibrium" to otherwise pro-Pakistan Chinese foreign policy.

He is credited to have reset Sino-Indian ties, repairing the damage caused by the 1962 border war and improved ties.