"As They Roared Into Life....": Astrophysicist On Early Stars' Formation

Then, the first stars burst into existence - and everything changed. 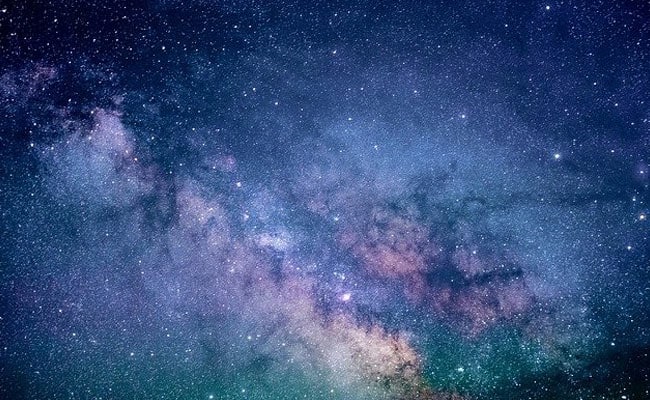 Gigantic and relatively short-lived, they didn't contain all of the elements present in modern stars.

For more than 100 million years after the big bang, the universe was dark.

Then, the first stars burst into existence - and everything changed.

In "First Light: Switching on Stars at the Dawn of Time," astrophysicist Emma Chapman tells the story of those first stars, and of the scientists trying to understand them.

These pioneering stars weren't like the ones we know today. Gigantic and relatively short-lived, they didn't contain all of the elements present in modern stars.

"Yet in such short lifetimes, those stars are the ones most responsible for changing the Universe," Chapman writes. "As they roared to life, they illuminated the Universe, irradiating it and seeding it with metals that could then form stars, planets and us."

The fundamental particles created by the big bang left behind an observable imprint in the cosmic microwave background. But what happened next is shrouded in mystery. About 380,000 years after the big bang, the particles cooled and formed neutral hydrogen.

Good question. There wasn't any visible light until the first stars emerged, and eventually those stars and their successors heated and ionized the universe enough to enable the structures we know today.

The era, which ended about a billion years after the big bang, was fundamental to the universe as we know it. But though it's difficult to determine what occurred during the period or exactly when the first stars switched on, astrophysicists are chasing answers.

Chapman is a witty and straightforward guide to those unanswered questions, and her enthusiasm for the chase is infectious.

The book tackles extremely complex scientific concepts. But Chapman uses examples - such as hyper-toddlers building and smashing Lego towers in a preschool classroom, a metaphor for the state of the universe and its particles right after the big bang - to make the science accessible.

Science "should be fun and curious, and we should follow the questions and be unafraid of there being dead ends or surprise results," she writes. In "First Light," Chapman does all of the above - and conveys the wonder and mystery of darkness suddenly illuminated by magnificent starlight.