"I Had To Get In There, My Guys Were Down," Says US Cop, Shot In The Neck

Art Acevedo said police found marijuana in the home and an unidentified white powder believed to be cocaine or prescription painkiller fentanyl, together with three shotguns and two rifles. 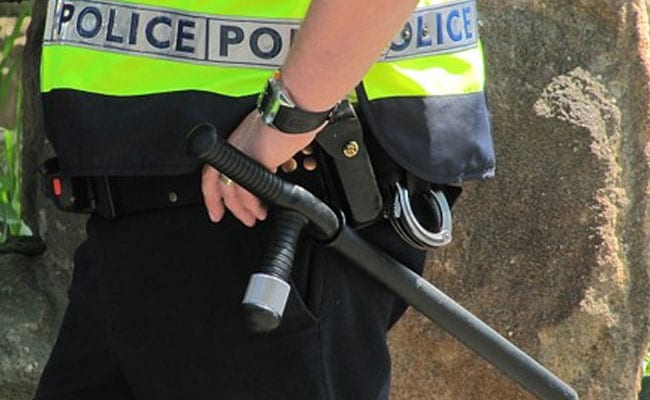 One of several undercover police officers injured during a drug raid at a Houston home was shot for the third time in his career as he tried to rescue wounded colleagues, city police chief Art Acevedo said on Tuesday.

The 54-year-old officer was one of four shot on Monday evening after Dennis Tuttle, 59, opened fire on police after they broke open the door of his home to serve a narcotics warrant, Acevedo told reporters.

The first officer to enter the home in southeast Houston was attacked by a large pitbull dog, which he shot to death, Acevedo said.

Tuttle then came from inside the home and shot the 33-year-old officer in the shoulder with a .357 Magnum revolver, Acevedo said.

When the wounded officer fell on a sofa, Tuttle's partner, Rhogena Nicholas, 58, tried to pick up the fallen officer's shotgun but was shot by other police entering the home, Acevedo said. Nicholas was later pronounced dead at the scene.

As Tuttle continued to fire, two more officers were hit.

Went in to help

The 54-year-old officer, who originally broke open the door, saw his partners had been shot and went in to help them, at which point he was shot in the neck, Acevedo said, adding that he was in serious but stable condition.

"I had to get in there because I knew my guys were down," Acevedo said the officer wrote in a note to him. He did not disclose the names of the wounded officers.

Tuttle was killed as he exchanged fire with police, Acevedo said.

A 40-year-old officer remained in serious condition after also being shot in the neck, Acevedo said. Two other officers who were shot were released from a hospital, while a fifth officer with a serious knee injury remained hospitalized.

Acevedo said police found marijuana in the home and an unidentified white powder believed to be cocaine or prescription painkiller fentanyl, together with three shotguns and two rifles.

The president of the Houston Police Officers Union lashed out at those who were prepared to open fire on police.

"We are sick and tired of having dirtbags trying to take our lives when all we're trying to do is protect this community and protect our families," Joe Gamaldi told reporters.