Hiroshima Day: When "Most Cruel Bomb" Killed Tens Of Thousands

Hiroshima Day: Hiroshima was chosen as the target because the US wanted to not just force Japan to kneel but also wanted to end its ability to fight wars for years to come. 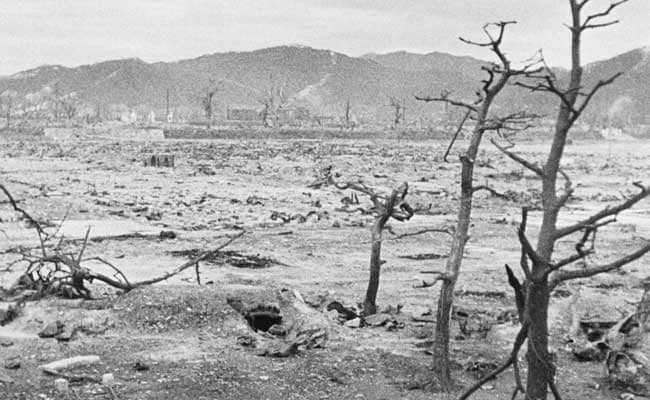 Hiroshima Day reminds the world about the destruction atomic bombs can cause.

On August 6, 1945, an American B-29 bomber dropped an atomic bomb over Hiroshima, Japan. The bombing killed nearly 80,000 people instantly and tens of thousands more died later of radiation exposure. This was the first time an atomic bomb was used. Three days later, a second B-29 dropped another atomic bomb on Nagasaki. This killed another 40,000 people. These two bombings forced Japan to announce on August 15 that it was surrendering unconditionally during World War II.

Japan marks Hiroshima Day on August 6 to raise awareness about the devastating power of what its emperor Hirohito described as “a new and most cruel bomb”. The day also reminds the world about the need for “peace politics” to avoid any more world wars and destruction.

On the morning of August 6, the “Enola Gay” B-29 bomber dropped the atomic bomb, called “Little Boy”, with a force of 12-15 kilotons of TNT on Hiroshima, a manufacturing hub of more than 350,000 people about 500 miles from Tokyo. This blast destroyed five square miles of the city immediately. The plane dropped the bomb by parachute at 8:15 am local time and it exploded 2,000 feet above the city. This was the time when most industrial workers had reported to work or were in transit. Children were en route to school and some had even arrived there.

The Bombing Of Nagasaki

Despite the devastation the bomb caused, Japan did not surrender. On August 9, the US sent another B-29, Bockscar, to the primary target of the city of Kokura. However, thick clouds over Kokura prevented the pilot, Major Charles Sweeney, from dropping the bomb. So he flew to the secondary target, Nagasaki, nestled between mountains. He dropped “Fat Man” at 11:02 AM. This plutonium bomb was more powerful than the one used in Hiroshima. It produced a 22-kiloton blast.

Six days after the Nagasaki bombing, on August 15, emperor Hirohito announced Japan's surrender in a radio broadcast. The formal agreement of surrender was signed on September 2, onboard the American battleship Missouri, anchored in Tokyo Bay.

Because most of the infrastructure in the two cities were wiped out, and the following chaos that ensued, the actual number of deaths from the two bombings were never known.

During WWII, Japanese fighters deployed kamikaze tactics and pilots would undertake suicide missions to hit US warships directly. To prevent more damage from such attacks and force Japan to back down, US President Harry Truman authorised the use of one of the most devastating weapons in the history of war-fighting.

Hiroshima was chosen as the target because the US wanted to not just force Japan to kneel but also wanted to end its ability to fight wars for years to come. The seventh-largest Japanese city then served as the headquarters of the Second Army and had strategic military supply depots.

This year, as the Olympic Games are being organized in Japan, Hiroshima Mayor Kazumi Matsui had sent a letter to International Olympic Committee (IOC) President Thomas Bach, asking for a moment of silence to be observed to mark Hiroshima Day. But a Reuters report said the IOC does not plan to call for a moment of silence during the Games on August 6 but is “aiming to honour” it during the closing ceremony.

Elon Musk vs Twitter: What The Billionaire Discussed In Text Messages