Hijab Model Pulls Out Of L'Oreal Campaign Over Anti-Israel Tweets

Amena Khan decided to step down from an advertising campaign in Britain. 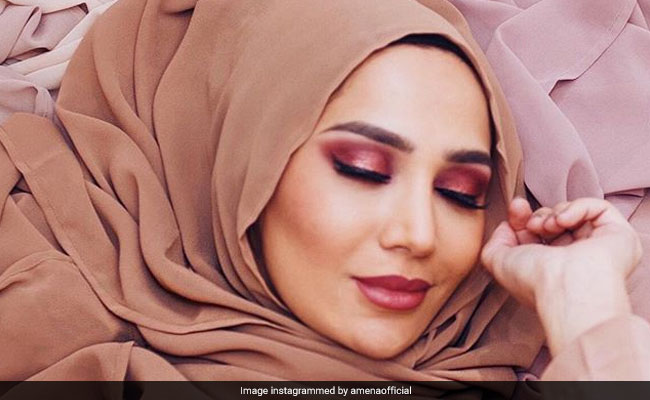 Amena Khan was selected to be the first woman in a hijab for a mainstream shampoo campaign.

Paris, France: British model Amena Khan, who had been chosen by L'Oreal to appear in an advertising campaign in Britain, has pulled out over accusations she made anti-Israeli comments in a series of old tweets.

The French cosmetics giant last week selected her to be the first woman in a hijab for a mainstream shampoo campaign.

Khan's messages, posted on Twitter in 2014, have since been deleted.

"I deeply regret the content of the tweets I made in 2014, and sincerely apologise for the upset and hurt that they have caused," she said on Twitter on Monday.

"With deep regret, I've decided to step down from this campaign because the current conversations surrounding it detract from the positive and inclusive sentiment that it set out to deliver."

L'Oreal group, contacted by AFP, said it "approved" her decision.

"We appreciate the fact that Amena has apologised for the content of her tweets and for the reactions they may have aroused," it said.

It is not the first time a L'Oreal advertising campaign to promote diversity has foundered because of controversial social media comments by a model.

Promoted
Listen to the latest songs, only on JioSaavn.com
Last summer the group dropped British black transgender model Munroe Bergdorf over Facebook comments she made accusing all whites of racial violence.

Vladimir Putin Says Russia Aiming To Be Carbon Neutral By 2060