He Killed His Mother And Friend, Then Confessed On Facebook While On The Run, Police Say

Police in Mississippi said they believed they had found Casey James Lawhorn dead with a self-inflicted gunshot wound, after his Facebook post 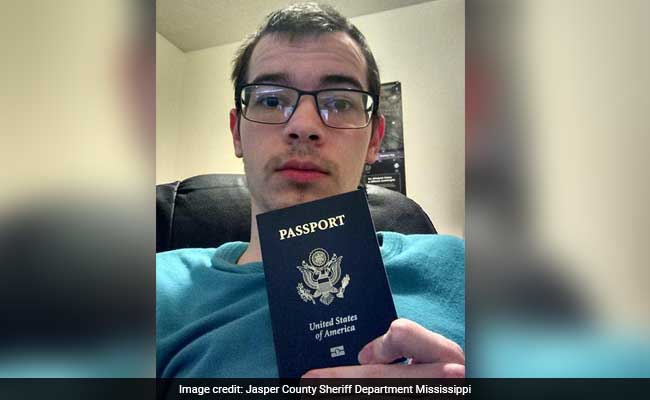 Casey James Lawhorn did not have a violent criminal history, the police said

The 911 call came in early Sunday morning: He had shot two people and planned to kill himself, the caller told dispatchers.

When police arrived at the address the caller had given - a single-family home in East Ridge, Tennessee, just outside of Chattanooga - they found a man and a woman dead from gunshot wounds.

The caller was nowhere in sight.

The 5 a.m. 911 call set off a multistate manhunt for Casey James Lawhorn, who, for reasons still unknown, killed his mother and his friend before driving away. Hours later, he killed himself, authorities said.

Monday morning, sheriff's officials in Mississippi said they believed they had found Lawhorn dead with a self-inflicted gunshot wound.

Hours earlier, Lawhorn, 23, had told dispatchers that he was going to a remote location, north of town, to commit suicide, said Stan Allen, assistant police chief in East Ridge, Tennessee.

But Lawhorn appears to have traveled in the opposite direction.

He was seen getting gas in Dade County, Georgia, a few miles south of the Tennessee border, a half-hour after he made the 911 call.

He then drove about 300 miles southwest across Alabama and into Mississippi, authorities said.

At some point Sunday, after hours of driving, Lawhorn reportedly wrote an ominous Facebook post about the killings.

"As I sit here in Mississippi, writing this on the side of I-59 south after my car broke down, what I look forward to is the nothingness after death," he wrote, the Clarion-Ledger reported. "I've spent a lot of time thinking about murder, wondering what it feels like. But I've barely felt anything."

Allen, the assistant police chief, said the now-deleted post appeared to be a confession to the two killings, which Lawhorn described at length and in detail.

"Since so many people keep trying to reach out to me on Facebook, I figure I can just say my piece once here and be done with it," Lawhorn wrote, according to the Clarion-Ledger. "Before I start, I need to emphasize that I take full responsibility for my actions. Nothing anyone has or hasn't done to me caused this, my decisions and my failures are my own."

He went on to say that he killed his mother, Vi Lawhorn, and his close friend who was staying in the East Ridge home with a stolen gun.

The friend, Avery Gaines, died instantly after being shot in the head as he was sleeping on the floor, Lawhorn wrote, according to the Clarion-Ledger. Lawhorn then walked to his mother's bedroom and tried to shoot her, but his gun jammed, he wrote.

He left to fix the weapon, walked back to the bedroom and fired two shots in the dark, according to another description of the post by ABC News.

He kept shooting at his mother until "it was over," he wrote, adding that he spared his family's dog and cat.

"Thoughts and prayers" are a waste of time, he told his Facebook friends, and would not help his brother, who Lawhorn said he had hurt the most with his actions.

"If you want to help him in this insanely difficult time I'm putting him through, actually do something, don't just think about it. I'm sorry to him more than anyone," he wrote. "That said, I don't want or need forgiveness from anyone. What I did is unforgivable."

"Nothing happens after death, but if there is a hell, I'm going to be in the lake of ice at the bottom."

Lawhorn did not have a violent criminal history. Allen, the East Ridge police official, said authorities are not aware of any previous incidents involving him and his mother.

Promoted
Listen to the latest songs, only on JioSaavn.com
His vehicle was found Sunday night on Interstate 59 in Jasper County in Mississippi. He was not in the car, but authorities suspected he was still in the area, the Jasper County Sheriff's Department said at the time.