"He Deserved It," Woman Said After Stabbing 6-Year-Old Son: Police

A 6-year-old boy, suffering from multiple cuts had run to a neighbor's home Saturday night, leaving a trail of blood behind him. 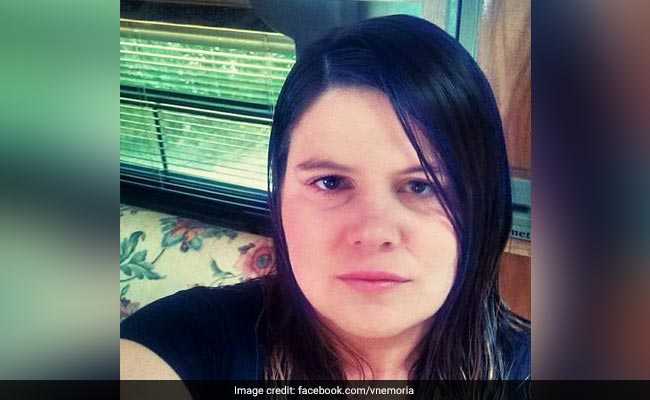 Nemoria Villagomez is being held at Lincoln County Jail

Inside an apartment living room in Oregon, blood was pooling on the coffee table and smeared on the walls - and on the handle of a steak knife lying nearby.

A 6-year-old boy, suffering from multiple cuts, including one on his chin, had run to a neighbor's home Saturday night, leaving a trail of blood behind him. When he got there, he told the neighbor that his mother had "just tried to kill him," according to a probable cause affidavit.

The neighbor called 911 and tended to the child until paramedics arrived.

Authorities later determined that the boy had been stabbed six times - one thrust potentially puncturing his lung and liver, according to court documents. His mother, 34-year-old Nemoria Villagomez, admitted to "cutting her son," saying that the boy "deserved it," according to the court records.

The child was rushed to a hospital, then flown to Legacy Emanuel Medical Center in Portland, more than 100 miles away, with life-threatening wounds, authorities said.

Villagomez was arrested on charges including assault, attempted murder and aggravated attempted murder, according to a police statement. It was not immediately clear whether she has an attorney.

Authorities said Tuesday that the child has been listed in good condition and was "expected to be released from the hospital soon."

After the attack, the boy's aunt said he has been in a hospital "fighting for his life."

Danielle Stringer told Fox affiliate KPTV this week that the boy's mother "won't talk" but that the authorities will determine what happened. "What 6-year-old boy is going to lie that his own mother stabbed him four times and nicked his liver?" she said.

When officers arrived Saturday, Villagomez did not answer the door, police said. The officers then entered the apartment, in an affordable-housing complex in Newport, Oregon, about 2-and-a-half hours from Portland, and discovered Villagomez lying on a bed in the master bedroom with her 14-month-old son.

She had blood on her arms, legs, hands and feet, according to court documents.

The toddler was not stabbed, police said, but authorities have since accused Villagomez of attempting to strangle him and causing him to "ingest methamphetamine," KPTV reported, citing the court records.

The toddler was taken to a hospital for evaluation and released into state custody, police said.

Promoted
Listen to the latest songs, only on JioSaavn.com
The Oregonian reported that in 2016, Villagomez was convicted of fourth-degree assault and sentenced to 30 days behind bars as well as five years' probation.

Villagomez is being held at Lincoln County Jail on $1.1 million bail, police said.