"Happy To Be In Safety": Belarus Olympic Athlete In Poland After Diplomatic Row

Belarusian Olympic sprinter Krystsina Tsimanouskaya took refuge in Poland after saying she feared for her life if forced to return home. 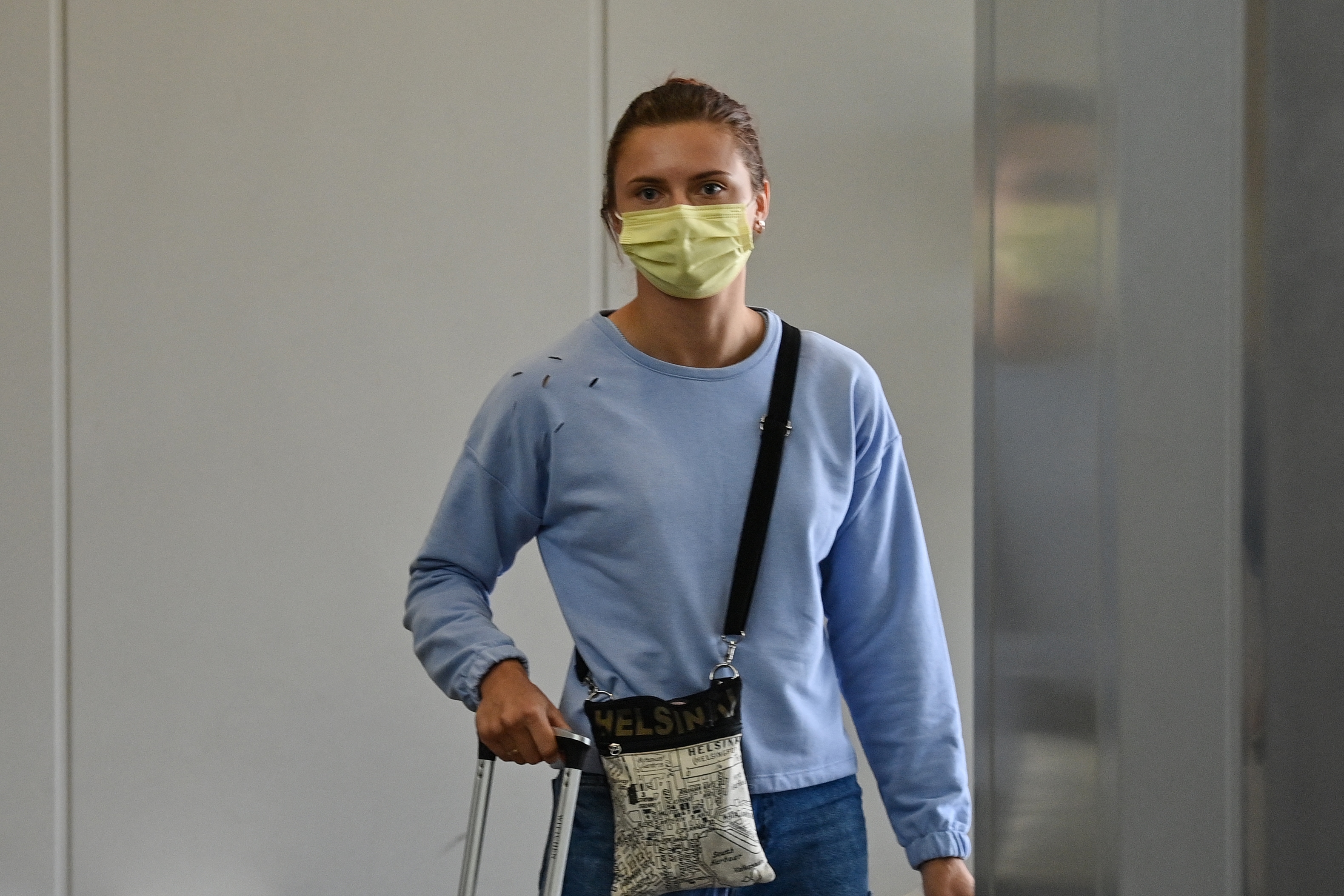 Belarusian Olympic sprinter Krystsina Tsimanouskaya arrived in Poland where she will take refuge.

Belarusian Olympic sprinter Krystsina Tsimanouskaya said she was "happy to be in safety" in Warsaw on Thursday a day after arriving in Poland, where she took take refuge after saying she feared for her life if forced to return home.

The 24-year-old athlete has been at the centre of a diplomatic drama in the middle of the Games since seeking the protection of Tokyo 2020 staff on Sunday, saying her team was trying to bundle her onto a plane after she publicly criticised her coaches.

"I am also happy to be here, happy to be in safety," the 24-year-old told reporters in the Polish capital where she arrived from Tokyo via Vienna.

Tsimanouskaya said she was "surprised that the situation became such a political scandal because it started out as a sporting issue", and revealed that "she was "not thinking about political asylum" in Poland, which has granted her a humanitarian visa.

"I just want to pursue my sporting career," she said, adding that her husband, Arseny Zdanevich, was "already on the road to Poland - he will be here today".

The Polish government said Zdanevich had also been given a humanitarian visa after he fled to Ukraine on Wednesday.

Before leaving Tokyo, Tsimanouskaya spent two nights sheltering in the Polish embassy there after calling for international help.

Belarus has been wracked by political upheaval and a crackdown on dissent after disputed elections that returned strongman Alexander Lukashenko to power last year.

But her trouble in Tokyo came after she posted on her Instagram, criticising her coaches for entering her into a race without informing her first.

"My parents told me that they're saying bad things about me on television... I got a lot of bad messages but I got even more messages of support," Tsimanouskaya told reporters