Peter Strzok denied that the FBI was biased against then-candidate Trump and rejected that his actions in the Russia probe after the 2016 election had political motivations. 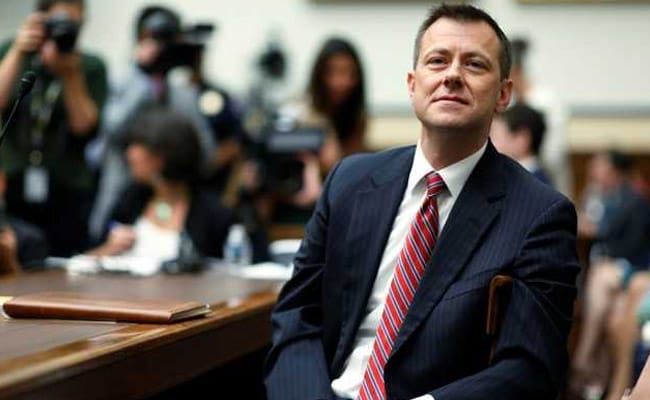 Strzok has been widely criticized for a text exchange (Reuters)

Controversial FBI agent Peter Strzok said on Thursday that he had damaging information on US President Donald Trump during the 2016 US presidential election that may have derailed his campaign.

"This information had the potential to derail and quite possibly defeat Mr. Trump, but the thought of expressing that, or exposing that information never crossed my mind," Efe quoted Mr Strzok as telling to lawmakers during a congressional hearing.

Mr Strzok denied that the FBI was biased against then-candidate Trump and rejected that his actions in the Russia probe after the 2016 election had political motivations.

"Let me be clear, unequivocally and under oath: not once in my 26 years of defending my nation did my personal opinions impact any official action I took," the FBI agent said during the contentious hearing in Congress.

Mr Strzok has been widely criticized for a text exchange he had during the electoral campaign with an FBI lawyer, who asked him if Mr Trump would be president, to which the agent responded: "No, he''s not. We''ll stop it."

The official took part in the investigation regarding Hillary Clinton''s use of a private email server for official communications during her tenure as US Secretary of State and was involved in the Russia probe, led by special counsel Robert Mueller, although he was taken off the case after his text exchange was revealed.

Mr Strzok's case has been used by the president and many Republicans to discredit Mueller's investigation on alleged ties between Trump's campaign and the Kremlin.