As the real Elon Musk was busy penning down some poetic words for his followers in the wee hours of Thursday, the impersonator appeared in his thread line with a fake Twitter verified account, asking his users to trade and gain in cryptocurrencies. 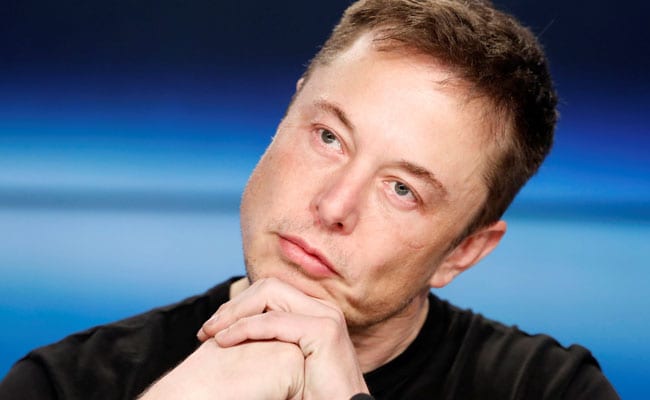 Despite Twitter attempting to ban scammers and impersonators on its platform, one impersonator broke into Tesla Chairman and CEO Elon Musk's official account on Thursday with a fake lookalike verified account, promising his 22.5 million followers free Bitcoin and ethereum cryptocurrencies.

As the real Elon Musk was busy penning down some poetic words for his followers in the wee hours of Thursday, the impersonator appeared in his thread line with a fake Twitter verified account, asking his users to trade and gain in cryptocurrencies.

"As many of you know by now, we will soon be making Tesla a private company. It is an important step towards stability and it would be impossible to move forward in a desirable pace without making such decisions," the impersonator wrote in a fake statement in the name of Musk on Medium.

"As a part of reorganization we will be introducing Bitcoin and Ethereum as official payment methods," he said, adding that "it is one of the steps in moving forward as a company".

Elon Musk, who was awake just before the impersonator joined his thread line to fool his followers, was yet to reply to this.

Some of his users, however, who fell for the fake account, took to his thread line: "Report this account, already stealing from people bitcoins," wrote one user.

"How did it get verified," asked another.

The head of SpaceX and Tesla has witnessed such attacks on his Twitter account in the past that use fraudulent accounts to trick his followers into sending them cryptocurrencies like bitcoin and ethereum.

"I want to know who is running the Etherium scambots! Mad skillz," Elon Musk had earlier tweeted.

Twitter, in a statement, reacted by saying it was working on ways of bringing the issue under control.

"We're aware of this form of manipulation and are proactively implementing a number of signals to prevent these types of accounts from engaging with others in a deceptive manner," The Verge reported, quoting the statement.

Elon Musk last week gave a "tearful" interview to The New York Times, talking about his "excruciating" times at Tesla, his 120-hour a week work schedule and saying that he "nearly missed his brother's wedding this summer and spent his birthday holed up in Tesla's offices as the company raced to meet elusive production targets on a crucial new model".

On August 7, Elon Musk surprised the investment world with a Twitter announcement that he was considering taking Tesla private and that the funds needed to do so - which some financial analysts estimate at more than $70 billion - were "secured".

Elon Musk's tweet caused a financial firestorm with Tesla shares immediately skyrocketing by almost 11 per cent, although subsequently they lost a good part of what they had gained and tanked further after Musk's interview with the NYT.