Hacker group Anonymous fights for teen who was raped 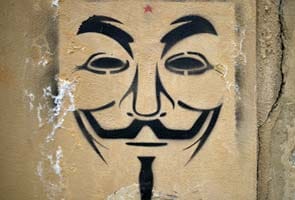 Ottawa: Another Canadian teen's suicide after months of harassment and circulation of an image of her alleged rape by four boys has reignited concerns over cyber bullying, and led hacker group Anonymous Thursday to call for a new investigation.

Rehtaeh Parsons, 17, died in hospital on Sunday in the port city of Halifax in easternmost Canada after a suicide attempt that her mother blames on the alleged November 2011 sexual assault and a subsequent barrage of taunts by schoolmates calling her a "slut."

Parsons was said to have been passed out drunk at a party when she was raped. One of the suspects later posted a photo of the incident online.

Police investigated but no charges were made. Parsons meanwhile moved cities and schools, but the harassment persisted.

"She was never left alone. Her friends turned against her, people harassed her, boys she didn't know started texting her and Facebooking asking her to have sex with them since she had had sex with their friends. It just never stopped," her mother Leah Parsons told public broadcaster CBC.

The tragedy prompted another bereaved mother whose daughter, Amanda Todd, also committed suicide last year after being tormented by an anonymous cyber bully to reach out to the Parsons family.

Anonymous issued a statement saying it would reveal the identity of the four boys accused in the affair if police did not reopen their investigation into the alleged rape, harassment and suicide of Parsons.

"What we have learned is certainly appalling, but it wasn't the act of rape that shocked us. It was the behavior of the adults in Rehtaeh's life that we found most disturbing," the hacker group said.

"This wasn't (a case of) 'he said, she said.' He (one of the suspects) said he did it and he said it to everyone while showing them a photo of him doing it," the group said, critical of police for not laying charges.

The girl's father Glen Canning echoed the public's frustrations. "My daughter wasn't bullied to death, she was disappointed to death. Disappointment in the people she thought she could trust, her school and the police," he said.

Amanda Todd's death in October under similar circumstances had sparked a national debate on what is appropriate online behavior, and calls for criminalizing cyber-bullying.

In a YouTube video watched by millions worldwide, Todd said she "cried every night" after a photo of her breasts, flashed in an online video chat with a stranger a few years earlier, was distributed in her community in Canada's westernmost British Columbia province. "I have nobody. I need someone."

After several failed suicide attempts involving cutting herself and drinking bleach and then posting the YouTube video describing her sadness, Todd finally killed herself on October 10.

Her death led to discussions at schools, in the media, in political circles and at kitchen tables nationwide about how to keep youths with a lot of technical knowledge but no life experience - a combination that makes it hard for them to assess risk and imagine future consequences - safe online.

Parsons' suicide 6,000 kilometers (3,730 miles) away has once again shined a spotlight on this issue.

For days now, Parsons's smiling face in happier times has been flashed on Canadian television and in newspapers nationwide. More than 70,000 have signed an online petition once again calling for action to stem cyber bullying.

Promoted
Listen to the latest songs, only on JioSaavn.com
Nova Scotia's premier, Darrell Dexter, meanwhile, has ordered his government to look into Parson's death after the province's justice minister initially balked at second-guessing the police investigation.

But police insist they have no grounds to reopen their investigation.