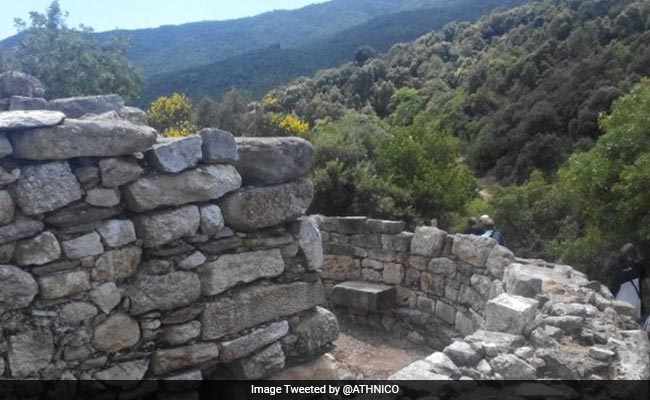 Greek archaeologist has stated that he's found the tomb of Aristotle.

THESSALONIKI, Greece: A Greek archaeologist who excavated the birthplace of Aristotle in northern Greece in the 1990s says a destroyed structure he discovered may have been the tomb of the ancient philosopher and teacher of Alexander the Great.

Konstantinos Sismanidis concedes that he has "no proof but just strong indications" to back up his theory, presented Thursday at a conference marking the 2,400th anniversary of the philosopher's birth.

Aristotle (384-322 B.C.) was a pupil of Plato and one of history's most influential thinkers.

Sismanidis said the structure unearthed in the ruins of Stageira, 70 kilometers (43 miles) east of Thessaloniki, was once a public monument where Aristotle was honored after his death. No human remains were found there.

Sismanidis also quoted medieval references to Aristotle's ashes being interred in his hometown.