500 Evacuated As Fire Breaks Out At Luxury Hotel In Singapore

The blaze involved a kitchen stove and an exhaust duct in a restaurant on the second floor of the Grand Hyatt Hotel in Singapore. 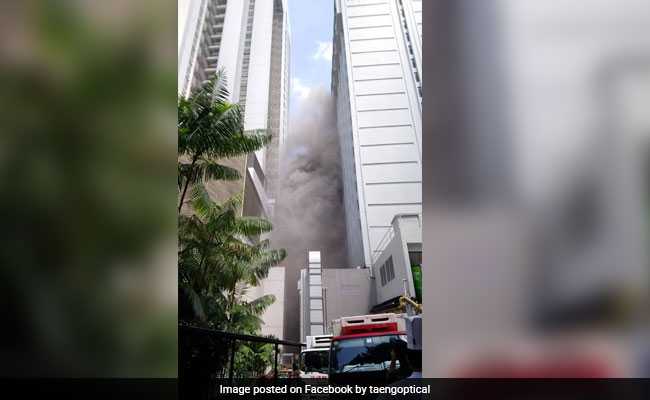 "The smoke was really terrible ... it got into my throat," an eyewitness said.

About 500 people were evacuated Wednesday after a fire at a luxury hotel in downtown Singapore but there were no injuries, emergency services officials said.

The blaze involved a kitchen stove and an exhaust duct in a restaurant on the second floor, the SCDF said, adding it was extinguished by water sprinklers before firefighters arrived.

"There were no reported injuries. The cause of the fire is under investigation," it said.

"The smoke was really terrible ... it got into my throat. I think it was quite thick," Nadiah Yayoh, 40, who works at a boutique in the hotel, told AFP.

"Usually we have fire drills and normal evacuations, as well as fire practice ... This is a lesson learnt not to take it lightly."

An AFP reporter on the scene said guests were still checking in around two hours after the blaze, but a burning smell lingered at the lobby and the second floor was dark.

It was the second luxury hotel fire in Singapore this year.

About 1,000 guests were evacuated due to a fire at the downtown Carlton Hotel on February 14, but no injuries were also reported.