Google Doodle: SPL Sorensen studied the effects of the ion concentration on proteins. Since studying the concentration of the hydrogen ion was especially important, Sorensen thought of simply developing a scale as a way to measure the ions. This is how the pH scale was born. 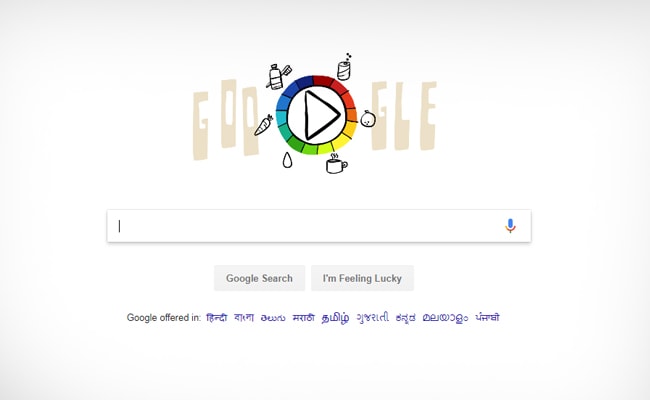 Google today honours Danish biochemist Soren Peder Lauritz Sorensen for his revolutionary work in introducing to the scientific community, the concept of the pH scale. The pH scale is a concept that is used to measure acidity and alkalinity of substances. The term pH is widely used in chemistry and biology. The significance of pH is that it measures the concentration of the hydrogen ion and 'ranks' them on a scale of numbers between 0 and 14. The 'rank' of the substance is known as the pH level of the substance being measured.

Substances which have a pH level of less than 7 are acidic, whereas the solutions with a pH value higher than 7 are alkalis or are basic. Water has a pH level of 7, which is neutral. Hence water is neither acidic, nor is it a base.

SPL Sorensen was the first scientist to use the pH scale. From 1901 to 1938, SPL Sorensen headed the Carlsberg Laboratory in Denmark's capital, Copenhagen. Over there, he studied the effects of the ion concentration on proteins. Since studying the concentration of the hydrogen ion was especially important, Sorensen thought of simply developing a scale as a way to measure the ions. He did so in the year 1909. 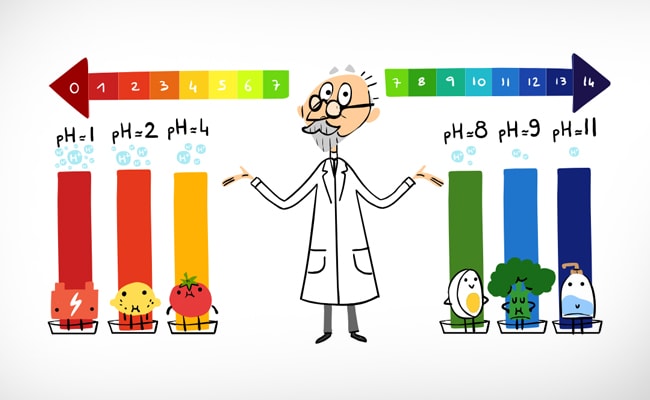 Google Doodle: Users interacting with today's Doodle will have to guess the pH values of different substances to reveal the true Doodle

This is how the pH scale was born.

To mark and celebrate SPL Sorensen's introduction of the pH scale, Google has created an interactive Doodle, which aims to explain the pH scale to beginners by making the user guess which items have which pH level. Google Doodle: Once the user guesses the pH levels correctly, the substances, marked with different colours, rearrange to form the colourful Google logo, with a beaming scientist in the middle

What this means is that while tomatoes are acidic, lemons are extremely acidic in nature.