Google Doodle 2019: Dr Ruth Pfau was born in 1929 in Germany's Leipzig. "I could not believe that humans could live in such conditions," Dr Pfau had reportedly said after first witnessing the sights of a leper colony in Pakistan. 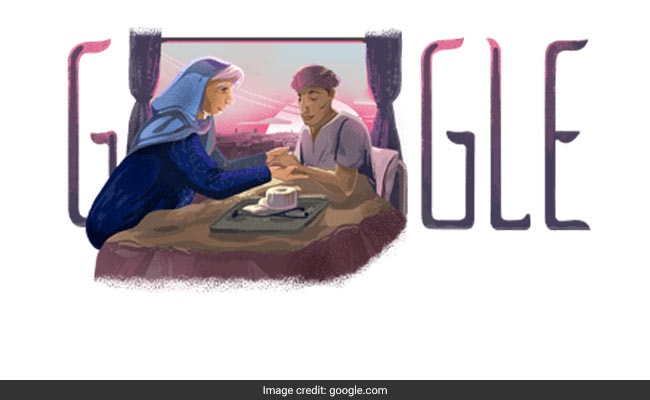 Today, Google is honouring German doctor Ruth Pfau on her birth anniversary with a Doodle, commemorating her dedication to eradicate leprosy in Pakistan. Dr Ruth Pfau was born in 1929 in Germany's Leipzig. "I could not believe that humans could live in such conditions," Dr Pfau had reportedly said after first witnessing the sights of a leper colony in Pakistan. In her early life at the age of 29, Dr Ruth Pfau had met with a concentration camp survivor, spurring in her a desire to become a nun.

She was on a trip to India when she was held up in Pakistan over visa issues. This is when she made a visit to the Marie Adelaide Leprosy Clinic in Pakistan's Karachi. The visit proved to be a life changing one for Dr Ruth Pfau.

The plight of a patient, who was crawling on his hands and feet at the clinic, particularly caught Dr Ruth Pfau's attention. "He must have been my age-I was at this time not yet 30-and he crawled on hands and feet into this dispensary, acting as if this was quite normal," she observed.

Stirred by the sights in the clinic, Dr Pfau raised funds to upgrade the clinic and began to build a network of over 150 modern medical centres, including physiotherapy units, workshops to manufacture artificial limbs, and homes for the handicapped.

In Pakistan, she also started the country's first Leprosy Technicians' course in 1965 to combat the stigma that is associated with the disease.

Her efforts yielded great results in fighting leprosy in Pakistan. The World Health Organisation declared the disease, also known as Hansen's disease, to be under control in 1965, much earlier than other nations in Asia.

She received a number of accolades and was praised nationally and internationally. She was thus often compared to Mother Teresa.

The Google Doodle, to honour her immensely significant contribution to fight the disease, shows an animation of Dr Ruth Pfau looking after a leprosy patient as the sun sets behind them. Google has also released a number of other early designs of the Google Doodle showing Dr Ruth Pfau outside Karachi's Marie Adelaide Leprosy Clinic and a portrait of a smiling Dr Pfau against the backdrop of the city of Karachi.