"The only thing the 3 liberal professors established at the hearing was their political bias against the President. It did nothing to change the fact that, despite weeks of hearings in this sham process, the President did nothing wrong," White House Press Secretary Stephanie Grisham said. 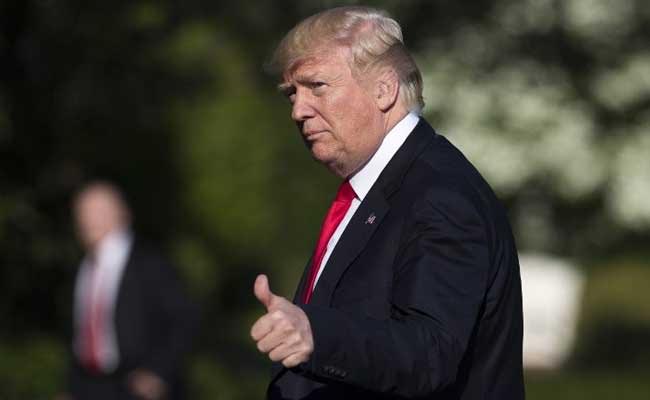 "Was a good day for Trump," said the White House after the end of the first impeachment hearing

The White House has said that the first day of impeachment hearing by the House Judiciary Committee was a good day for President Donald Trump and a bad day for the Democrats.

"Today was a good day for President Trump, and a bad day for the Democrats," the White House said on Wednesday at the end of the first day of impeachment hearings against Trump by the committee, which is all set to frame charges against him.

On Wednesday, Three of the four legal experts told the lawmakers that Donald Trump's conduct with Ukraine was reflective of his misuse of power of his office and was impeachable.

The fourth legal expert, invited by the Republicans, contested the argument made by his other Democratic-leaning panelists and said that Trump had done no wrong.

"It did nothing to change the fact that, despite weeks of hearings in this sham process, the President did nothing wrong. Congress should get back to working for the American people," she said.

"The United States-Mexico-Canada trade agreement, infrastructure, and drug pricing all await action from Speaker Pelosi. Instead, House Democrats continue to ignore their constituents by focusing on this pathetic and desperate charade," Ms Grisham said as the Democrats showed their intent to go ahead with their process to impeach the President.

Democrats have a majority in the House of Representatives, from where they are likely to pass the motion to impeach Donald Trump.

However, the Senate, which would hold the trial is unlikely to do so because the Republicans have a majority in the Upper Chambers of the Congress.

An impeachment against Trump will only succeed if several Republican Senators switch sides and join the Democrats on this issue.

For a significant part of the day, scholars continued to debate on impeachment of Donald Trump.

"For the President to refuse to participate in any way in the House's constitutional obligation of supervising him, to impeach him, breaks the Constitution," law professor Noah Feldman told members of the House Judiciary Committee.

"It basically says nobody can oversee me. Nobody can impeach me. First, I'll block witnesses from appearing. And then I'll refuse to participate in any way. And then I'll say you don't have enough evidence to impeach me," Mr Feldman said.

"The obvious object of this activity is to shut down an investigation and in fact the acts of the President according to these facts each time is to use power that he has unique to his office but in a way that is going to help him frustrate the investigation," said Michael Gerhardt, the Burton Craige Distinguished Professor of Jurisprudence at the University of North Carolina School of Law.

Meanwhile, in a related development, Chairman Jerrold Nadler has asked his Democratic colleagues to stay in the city over the weekend and not to return to their Congressional Districts.

The Judiciary Committee might hold mock hearings in preparation for a possible Monday hearing on the 300-page impeachment report by House Permanent Select Committee on Intelligence.